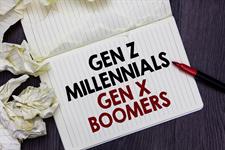 Nearly half of people between the ages of 26 and 55 are considering leaving charitable donations in their wills, but only a small minority have chosen a specific charity, a study has shown.

A YouGov survey of 250 Millennials (those between 26 and 40) and 250 Generation X members (aged 41-55), commissioned by the marketing agency WNPC, found that 44 percent of respondents have considered leaving a charitable will .

But only 9 percent of those in Generation X and only 3 percent of Millennials have actually chosen which organization they would like to donate to, according to the study Lifelong Legacy: The Value of Will Donations from Millennials and Gen Xpublished this week.

The study also found that the majority of respondents – 87 percent of Millennials and 70 percent of those from Generation X – have not yet written a will.

Gail Cookson, legacy and international marketing manager at WPNC, said the figures represented an opportunity for charities to build relationships with younger donors and potential donors.

Traditionally, older marketing at many charities has focused on older donors, ”she said.

“It is more likely that they have written a will and that they are carefully considering what will happen to their assets when they die.”

But she said, since the pandemic, younger audiences had become much more anxious to plan for the future and write wills.

The survey showed that 32 percent of Millennials and 29 percent of Generation X respondents said they had never seen an advertisement to inherit.

Cookson said: “The most likely reason – especially among Millennials – is that they are not currently focused on older marketing.

More than a third (37 percent) of Millennials and 24 percent of Generation X respondents said they would be interested in a free charity service offered by a charity.

But the report says that qualitative responses to the survey suggest that charities should be careful to ensure that they offer a high-quality service and that people do not feel that they are being “bribed” to donate to a particular charity.

“We see this as a great opportunity for charities to showcase their cause and build relationships with Millennials and Generation X,” Cookson said.

“This will not only increase the chance of an older donation, it can also increase the value of the donor during their lifetime.”