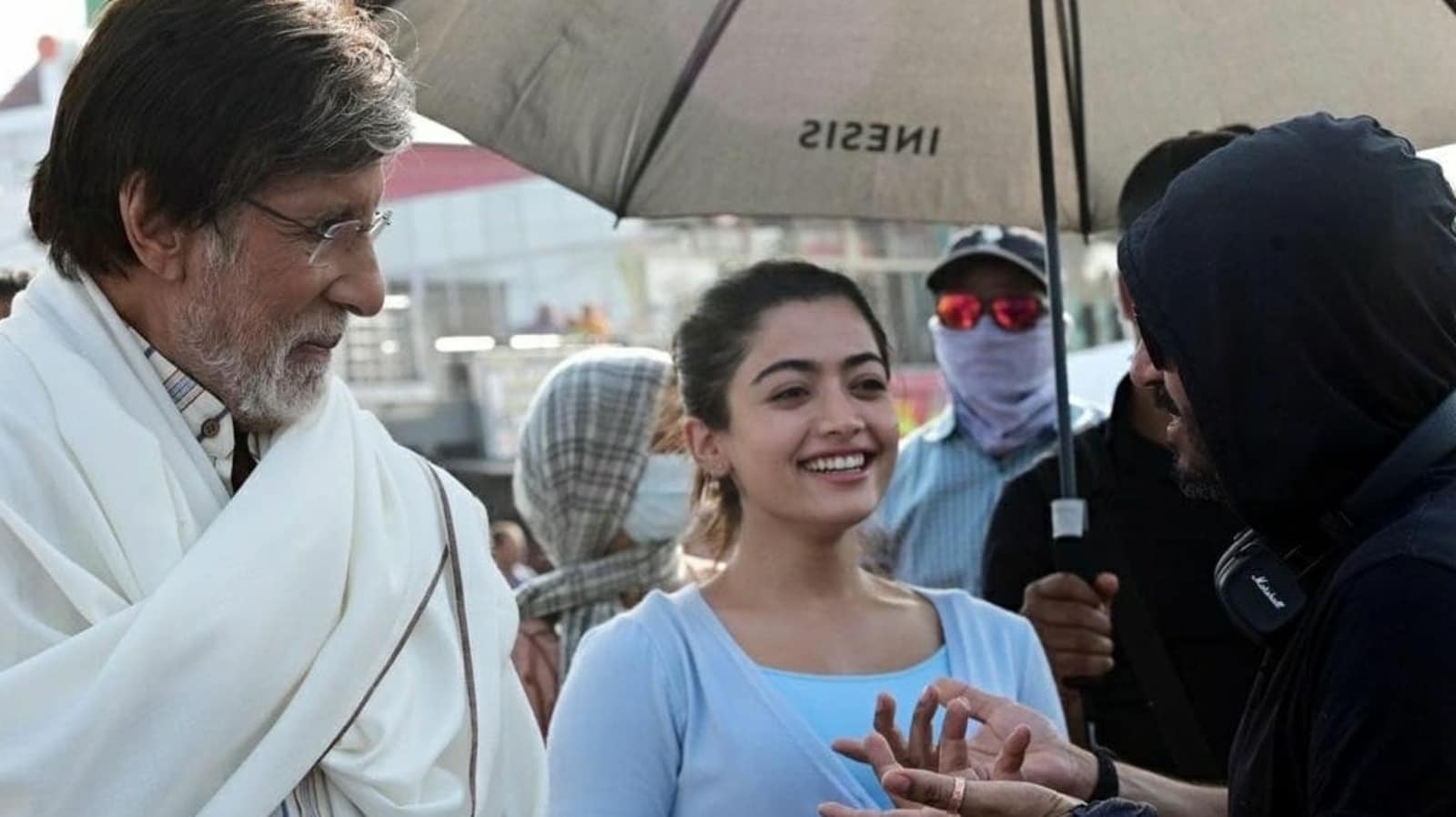 Amitabh Bachchan took to Instagram on Thursday to share a behind-the-scenes photo from his upcoming film Goodbye, which also stars Rashmika Mandanna. The veteran actor published the picture with a reference to Rashmika’s latest southern big movie Pushpa. Rashmika, who shares screen space with the veteran for the first time in the film, responded to the post with a popular line from the film. Also read: Vijay-Rashmika was seen together, damn comparing the rumor pair with Alia-Ranbir

Amitabh shared the photo and wrote: “Pushpa (sic).” The picture showed Amitabh and Rashmika in conversation with someone whose back is facing the camera.

Pushpa: The Rise is a telugu film starring Allu Arjun and Rashmika. The film became a huge success at the box office and earned over ₹SEK 300 million. Only the Hindi version took over ₹SEK 100 million. It was at one time the most lucrative Indian film after the pandemic.

In response to the post, Rashmika wrote in the comments “Sir hum #jhukeganahi (We will not bow).” In Pushpa, Allu Arjun uses the line “Jhukega nahi”, which has become a popular slogan on social media since the film was released. So many people have made rolls on Instagram that mimic the line from the movie.

In Pushpa, Arjun was seen playing a truck driver with sandalwood smugglers. Rashmika was seen playing a character named Srivalli, Pushpa’s love interest. Pushpa, originally recorded in Telugu, was dubbed and released in Hindi, Tamil, Malayalam and Kannada. It is the first film for Allu Arjun to be released simultaneously in five languages.

The producers have confirmed that the second part will be released in cinemas in December 2022. With the title Pushpa: The Rule, the second part will focus on the confrontation between Allu Arjun and Fahadh Faasil, who was introduced as the main antagonist towards the end of the first part. Rashmika will also replay his role in the sequel.

But before that, the actor has his first two Hindi films. She will make her Bollywood debut with Sidharth Malhotra star Mission Majnu, which will be released in June. This will be followed by Goodbye, where she shares screen space with Amitabh and Neena Gupta.