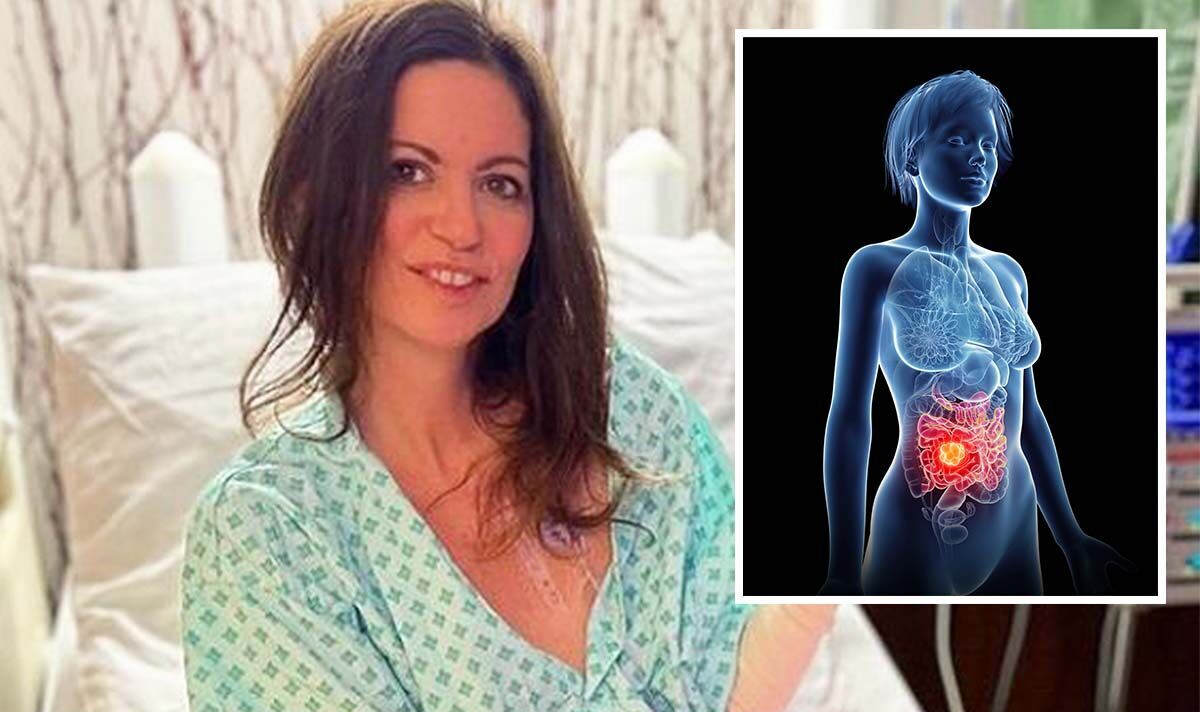 “I’m in hospice on home care,” Dame Deborah announced via an update on social media this week. As a bowel cancer patient, she is known for campaigning for better awareness of the subject. Already in 2017, she went to her blog to share the first signs that rang the alarm bells.

In January 2017, Dame Deborah wrote about her symptoms that she thought pointed to the dreaded diagnosis, according to Wales Online.

Her concerns were confirmed when she received the sad news of being diagnosed with stage three bowel cancer at just 35 years old.

Although she was young, vegetarian, not overweight and did not smoke, she was diagnosed.

She wrote: “I still lost weight, donated blood, walked what felt like 100 times a day and felt divided.

“I knew there was something wrong with me.”

Her first blood test and stool test led her family doctor to suspect that she was suffering from irritable bowel syndrome.

However, the 40-year-old host of the BBC’s You, Me and the Big C decided to pay for a private colonoscopy.

This examination led her to start treatment for an “ugly 5.5 cm cancerous, ulcerated tumor”.

Bowel cancer is considered to be one of the most common types of cancer in the UK.

The majority of patients are over 60, but this is not always the case as with Dame Deborah.

In addition to the symptoms listed by the newly produced lady, the NHS is adding other red flags to watch out for.

Stomach pain, bloating and discomfort will be triggered by eating in the case of bowel cancer.

Although most people with symptoms like these do not have cancer, it is still important to get checked, according to the NHS.

They recommend that you contact your doctor when your symptoms have persisted for three weeks.

In addition to sharing the sad news, the podcaster had a hectic week during which she got a damhood in her family home and managed to raise more than £ 5 million for charity through her Bowelbabe collection.