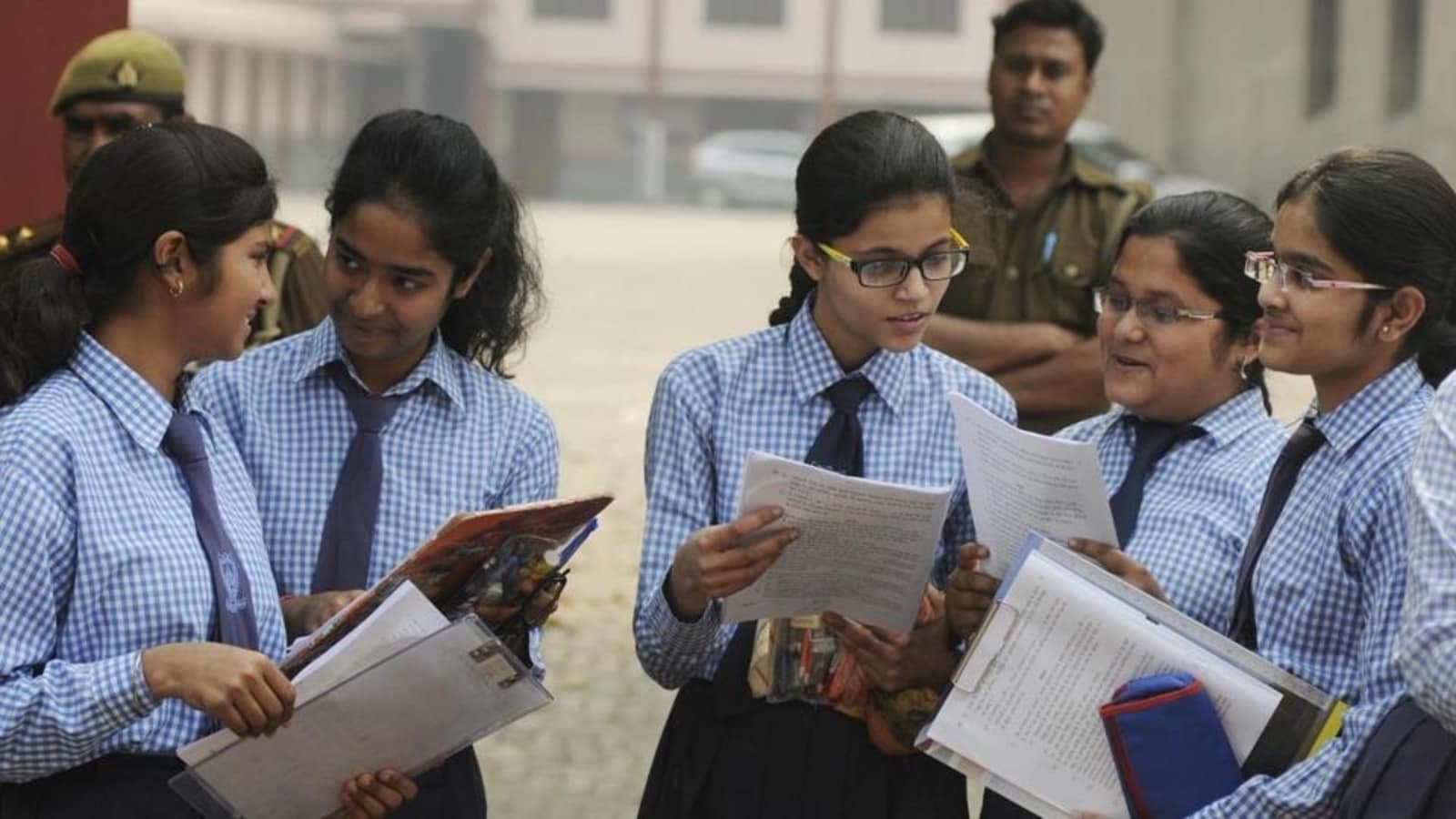 The Central Board of Secondary Education (CBSE) conducted class 10 social science semester 2 exams on Saturday. This is what the students said after the essay:

The student in class 10 at BBS International School, Gohri in Prayagraj Aditi Tripathi said that her exam in social sciences went very well.

Her classmate and also a student at BBS International School, Gohri in Prayagraj Alok Sharma agreed.

“All the questions came from the syllabus and in general the question paper was easier than even the test paper. Anyone who had prepared in accordance with the NCERT pattern would have done well,” he claimed.

Shivram Pandey, a student at Prayag Public School, Lalgopalganj in Prayagraj, also said that the questionnaire was lighter than Term-1 and was not long at all.

“I managed to complete the questions with half an hour left,” he said.

“Even the question of ‘map’ where we had to identify the location of the given power plant, airport and nuclear power plant was easy enough and I got it right even though I was a little wary of map-based issues,” he shared.

Social sciences teacher at Ganga Gurukulam School, Phaphamau in Prayagraj Kusum Srivastava said all questions in the social sciences exam, including from the social sciences, history and geography sections, were along expected lines in line with the CBSE pattern and NCERT standards. “The questionnaire did not contain any surprises for the students and most of them would have done well,” she claimed.

The students in class 10 who gave their CBSE Social Sciences board exam on Saturday gave a mixed answer to the question paper. While some students found the test very easy, others said it was moderately difficult.

Pranya from Vivek High School, Sector-38B, Chandigarh said: “It was a moderately easy exam, the questions were NCERT-based, it was how you tried them that made the difference.”

Vandhana from Jawahar Navodya Vidyalya Sector 25 thought the test was very simple and finished the essay on time.

Akanksha from Sharda Sarvhitkari Model Senior Secondary School said: “I can not really say that the essay was easy but it covered the whole syllabus. The essay was laid out, divided and long in some parts but it went well.” Her schoolmate Vishakha also thought the essay was easy and passed the test on time.

CBSE class 10 students who appeared in the social sciences exam on Saturday felt that the questions were direct and that they could complete the exam on time.

Tanisha Mishra from the Class X student at DG Goenka Public School said that the essay was good with standard questions and that she could finish it well in advance.

Saundarya D Nair, a student from the same school, said that the passage-based questions were very direct and therefore were well tried by us.

Samriddhi also thought the paper was light and she could complete the paper on time.

Aditya was happy to see the question paper because most of the questions were from the syllabus and well prepared by them in the classes. Since the newspaper did very well, he hopes for a good result.

For Aryan Tripathi, the magazine was easy with direct questions and he is very confident of the result.

Overall, the social science essay was easy, well within the syllabus and standard questions meant that the question paper was well tried by the students.

(With input from K Sandeep Kumar in Prayagraj, Nistha Gupta in Chandigarh and Rajeev Mullick in Lucknow)