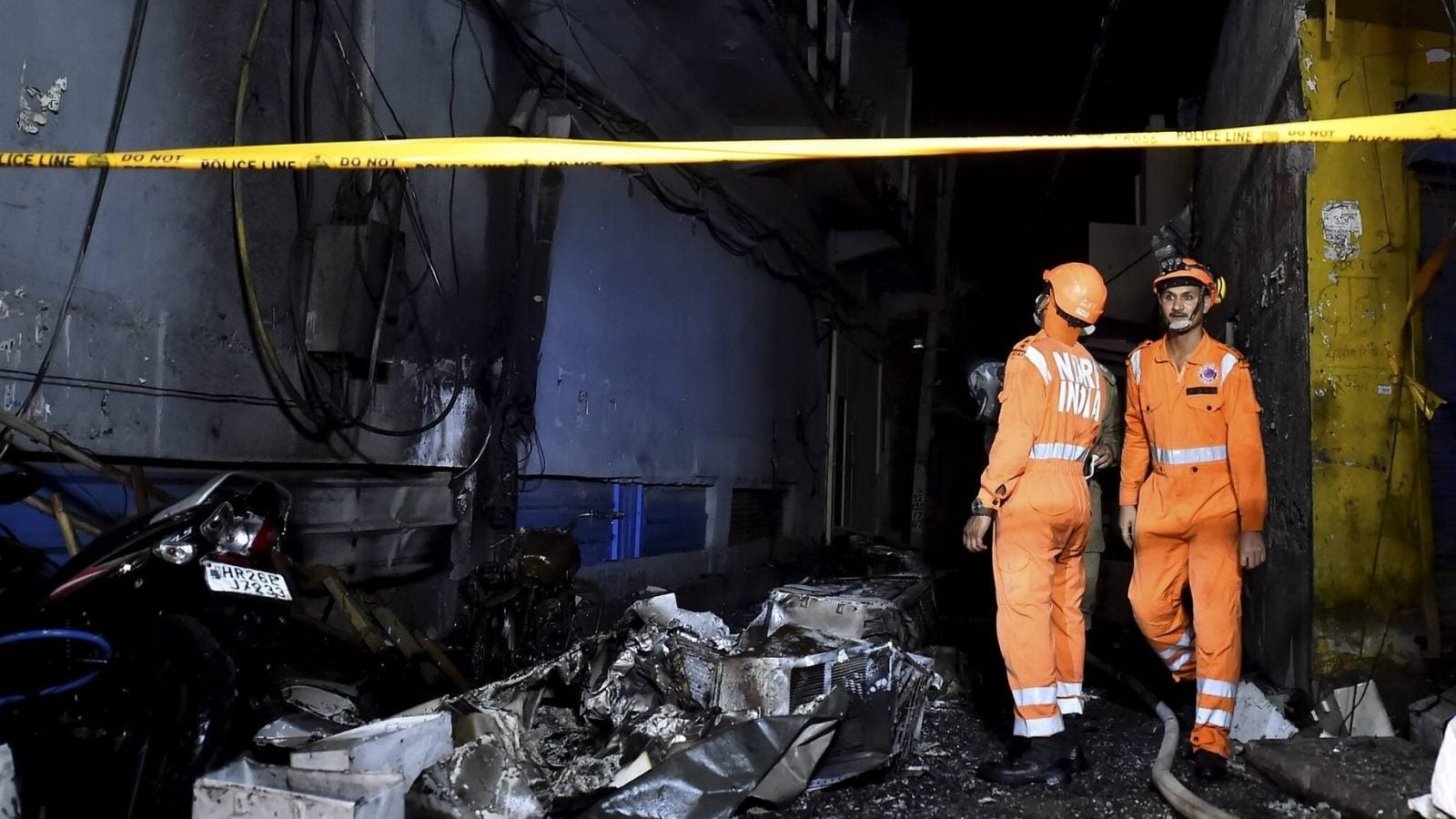 Tragedies continue to unfold in Delhi’s Mundka, after a terrible fire in a multi-storey commercial building killed 27 people and injured 12 others. Authorities say the death toll is likely to rise, even as upset family members search for their missing relatives.

The stories that are now emerging – people jumping from the building to escape – are devastating. But unfortunately they are not new. India has seen its fair share of terrible fire disasters, with one thing in common – unfulfilled fire safety rules and permits. The search operations continue in the building, which mainly contained shops.

Atul Garg, head of Delhi Fire Services (DFS) told Associated Press The building did not have a permit from the fire brigade and it was not equipped with fire safety equipment as a fire extinguisher. The losses occurred on the second floor of the building, where combustible plastic material used for the manufacture of equipment such as security cameras was stored.

The Indian Express reported that two owners of a company that sells security cameras were arrested for questioning because the fire reportedly started from their office. However, there was no confirmation from the police.

Although there are prepared fire safety regulations for multi-storey buildings, reports regularly show how there is a lack of implementation on the ground, with fire safety audits for various hospitals in major cities that are not taken seriously.

An earlier report by economic and political weekly highlights this problem. Buildings and other infrastructure projects, many of which are illegal, are being erected without regard to fire safety, which means that firefighters cannot reach the affected areas, it claims. The fire at Kamala Mills in Mumbai in 2017 shows this problem, according to the report: unregulated development has resulted in cities spreading vertically, making it more difficult for firefighters to put out flames on higher floors.

And basic built-in fire systems such as sprinklers and alarms are still missing. Bureaucratic dysfunction in fire safety is also a serious problem – only facilities with fire safety permits can be inspected to meet safety standards, while the others seem to be ignored, it concludes.

In the wake of the tragedy, it is still important to refresh the basic safety standards for such buildings.

One of the most basic guidelines for fire safety is to have enough escape routes out of the structure, in proportion to its size and occupancy. The National Building Code (NBC) 2005, an exact set of principles for designing, maintaining and operating buildings of all types, specifies the number, size and location of exits. To be effective in an emergency, office owners must also ensure that stairwells, stairwells and corridors are well maintained, ventilated and free of obstructions. the Mint reports.

It is just as important to get to exits as to have sufficient exits. The maximum distance a person must travel to reach a fire escape is specified by NBC’s requirements, as is the need for photo-luminescent signs for night evacuation. When individuals are asked to leave the building in stages, protection zones such as terraces are crucial, the report further explains.

A brand’s first minutes are crucial to limiting it. Automatic fire alarm systems, such as smoke and heat detectors, should also be made vital available.

Another important salvation: Interior design materials. Workstations are particularly flammable due to the combination of wood, paper and fabrics. Fabrics, on the other hand, can be made flame retardant so that they self-extinguish when lit. According to surveys by the Indian office furniture manufacturer BP Ergo, mentioned in the report, an increasing number of organizations, especially multinational companies, are requesting such materials despite their higher costs. Fire regulations in other countries require that American furniture companies such as Herman Miller only use fire-tested textiles.

Keeping the building accessible to firefighters, having building plans on hand (to assist rescue efforts) and asking the local fire department to assess safety against a nominal fee should also be done. Fire safety exercises should also be done regularly. Dangerous or combustible goods in storage, obsolete and unstable structures, insufficient escape routes or congestion of electricity are all potential death traps that should be assessed by professionals.

Smita Chakraburtty spoke in a report for Economic and Political Weekly about weak laws and absent responsibility in the system in the midst of such disasters. She wrote after the Calcutta High Court reduced the charges against one of the main defendants in the fire tragedy at the AMRI hospital, which occurred in 2011 and killed as many as 92 patients.

While the hospital’s CEO and other corporate employees were being prosecuted, Chakraburtty claimed that the allegations were watered down and that Indian criminal law is limited in holding corporate executives accountable.

In order to be found guilty of a criminal murder, the law needs either factual evidence without reasonable doubt or direct involvement of the top management in the activity that caused the death. As a result, there is an urgent need for legislation that establishes deputy responsibilities for senior executives in cases of corporate operational failures that lead to deaths, she said. “Cases like this show how easy it is to raise suspicions of middle management mistakes in order to avoid liability for more serious charges in cases of mass murder that are the result of corporate greed,” she wrote.