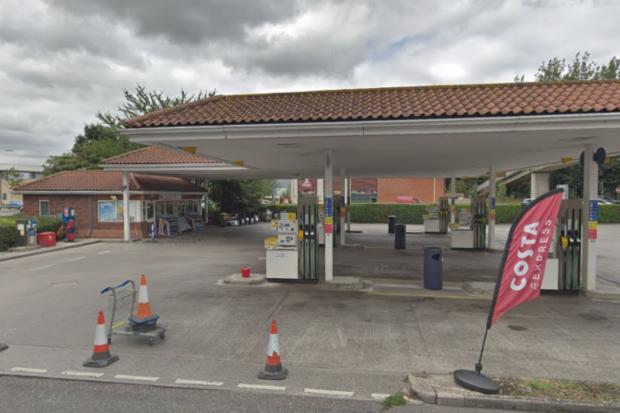 A motorist has complained to the retail giant Tesco after being threatened with being reported to the police for filling three jerry cans full of petrol.

Malcolm Cupis claims that he was “rudely attacked” by a kiosk assistant at a Tesco Extra petrol station in Trowbridge, Wiltshire, while filling three cans.

He says he was threatened with being reported to the police for “illegally” filling three ordinary five-liter jerry cans after he also sat fuel in his 42-year-old ex-Army Land Rover Gloria.

Mr Cupis, 54, said: “I went to Tesco Extra gas station to refuel in my Land Rover and to refill the three cans for my old classic motorcycles and my lawn mower.

“I was busy filling the cans when the prepaid pump was switched off and a woman came out of the kiosk and told me to report to the police.

“She came across the courtyard and shouted ‘stop it’ to me in front of other customers. The courtyard was crowded and it was quite embarrassing.

“She told me that they had CCTV and that they intended to report me to the police for breaking the law and that I was only allowed to fill two containers.

“When I got home, I did a quick research and discovered that there is no law on how many containers you can fill.”

Is there a limit to how many fuel cans you can use at gas stations?

Mr Cupis said he contacted Tesco via Twitter and asked what legal article they used to back up their number policy fuel cans that can be filled.

But Mr Cupis said he thought it was wrong.

“Why do they threaten to report people to the police with a law that does not exist?” he said.

A Tesco A spokesman said: “In accordance with the Petroleum Consolidation Regulations, we must have a policy in place to ensure the safe use of portable fuel tanks at our gas stations.

“Our policy is that only two portable containers (with a maximum total capacity of 30 liters) may be filled at each visit by a customer.”