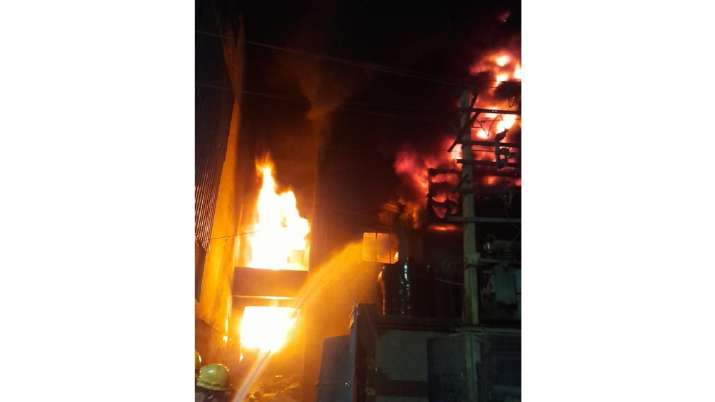 A fire broke out in a plastic factory in the Narela area of ​​northern Delhi on Saturday night, an official with the fire brigade said. A call came in from the factory in Narela at 9 o’clock at night. The official said they received a call about the fire incident at 9.10pm at the factory on H 1373, DSIDC, Narela, in far north Delhi, after which as many as 20 firefighters were immediately pushed into the service.

When the firefighters reached the scene, they found that the fire was of middle class, after which two more firefighters were sent there. “The firefighting work is currently underway and 22 fire trucks are on site,” the official said.

The officer could not provide details of any injuries or injuries.

The incident occurred just 24 hours after 27 people were killed in a major fire in Delhi’s Mundka.