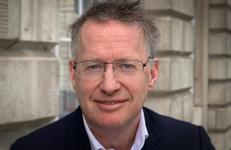 The government has confirmed the appointment of lawyer Orlando Fraser as the next chair of the Charity Commission, despite being rejected as the preferred candidate by MPs on the Digital, Culture, Media & Sport Select Committee.

Fraser, who has been a commercial barrister for almost 30 years and who served on the board of the Charity Commission between 2013 and 2017, will take up his new role on April 25 for a three-year term.

His appointment was opposed by members of the DCMS Select Committee, who said yesterday, after a preliminary hearing with him last week, that although Fraser had the potential to do the job, they were disappointed that he represented “another archetypal and unimaginative choice” from a limited list. .

It is unusual for selected committees to reject the government’s preferred candidate for public office, but ministers are not obliged to follow their recommendations.

In 2018, the DCMS committee unanimously rejected Baroness Stowell as the future chair of the charity commission, but Matt Hancock, the then cultural secretary, still appointed her.

At the hearing with members of parliament last week, Fraser said that if he was rejected by the committee, he would read the reasons, consult the Foreign Minister “and if I felt it made it impossible for me to do the job, I would retire”.

Fraser, who unsuccessfully ran for the Conservative Party in the 2005 parliamentary elections, has not declared any political activity, such as publicly supporting a party or making a significant donation, in the past five years.

He was named Queen’s Counsel in 2014 and was one of the founders of former Conservative leader Iain Duncan Smith’s think tank Center for Social Justice.

Fraser has also served on the Civil Justice Council and the Advisory Council of the National Council for Voluntary Organizations.

2015, Third sector reported that Fraser called on the regulator to open a “see-see statutory inquiry” into Joseph Rowntree Charitable Trust to determine whether the foundation’s funding for the Cage advocate group ended up supporting Mohammed Emwazi, who was believed to have beheaded the hostages in Syria and became known as Jihadi John.

The Commission did not launch an investigation but instead put pressure on the charity and was given a commitment that it would never fund Cage again. This led Cage to seek legal redress because the Commission had exceeded its powers.

The judicial review was withdrawn by Cage following a High Court hearing in which the Commission made a statement acknowledging that “it has no power to require trustees to limit future exercise of their fiduciary duties under its general power to provide advice and guidance. there is no obligation on JRCT’s trustees to limit the proper and lawful exercise of their discretion in the future. “