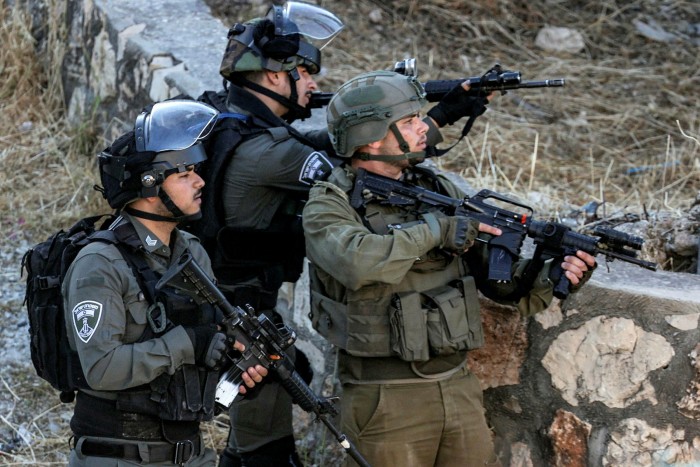 For a quarter of a century, Palestinians who listened to the Al Jazeera news turned to reassuring, cut-off signs from a star correspondent, an Arab woman, and a veteran journalist who was a household name throughout the Middle East.

“Shireen Abu Akleh, Al Jazeera,” she would say, followed by a date line that traced the arc of the Israeli-Palestinian conflict – from Ramallah to Jericho, Bethlehem to Jerusalem.

An architecture student who joined the newly launched Qatar-funded channel in 1997, the 51-year-old Palestinian-American’s fame grew along with Al Jazeera’s influence in the Arab world. Her signoffs even became part of the soundtrack to the 2002 battle for the occupied West Bank city of Jenin, mocked by Israeli soldiers who used megaphones during shootings with Palestinian militants in refugee camps, according to her friend and journalist colleague Dalia Hatuqa.

Abu Akleh died in Jenin this week of a head shot. Her assassination has thrown the issues she has devoted her career to exploring – the brutality of the Israeli occupation of the West Bank and the challenges the Palestinians face in holding the Israeli army responsible – back into the spotlight.

Israeli soldiers have killed 45 people so far this year, says the Palestinian Center for Human Rights. It says that as many as 35 of those who died were civilians, including women and children. The Israeli army disputes these figures, saying it targeted militants.

The question of who shot Abu Akleh while covering skirmishes between the Israeli army and Palestinian armed men has already become a central issue. It has attracted international attention for an Israeli military operation in the West Bank, which was launched in response to attacks by Palestinian perpetrators inside Israel. Seventeen Israelis and three foreigners have been killed in Israel since March in the worst wave of violence in recent years. Four of the attackers came from Jenin.

Abu Akleh was honored at a state memorial service in Ramallah on Thursday, filled by a military guard at the president’s headquarters before her funeral on Friday in a Christian cemetery in Jerusalem. Ahead of the funeral, Israeli police attacked mourners with batons and vicious grenades.

Palestinian President Mahmoud Abbas accused Israeli soldiers of her death, a view shared by eyewitnesses, Al Jazeera and most Palestinians.

“Shireen’s assassination is not the first crime, as dozens of Palestinian journalists have fallen as martyrs,” he said as the crowds lamented and chanted her name at her memorial. “We hold the Israeli occupation authorities fully responsible for her killing, and this crime will not be able to conceal the truth.” Since 2000, about 25 journalists, including two foreigners, have been killed by Israeli forces, according to the Palestinian Center for Human Rights.

After first hinting that Abu Akleh may have died as a result of Palestinian shootings, Israeli officials described her killing as “tragic” and called for a joint investigation with the Palestinians and access to the spent round to carry out forensic techniques. The Palestinian Authority has rejected both requests.

The Israeli military has launched its own investigation, but Israeli Defense Minister Benny Gantz warned that it could take time to “reveal the truth.” He added: “It could be the Palestinian side, and tragically it could be our side.”

For Hagai El-Ad, who has spent several years investigating the Israeli army for B’Tselem, an Israeli human rights group, the demands for a joint investigation are sincere. Israel has never agreed to joint investigations before and has prevented investigators from the UN and the International Criminal Court from entering the West Bank or the Gaza Strip.

El-Ad said that when low-ranking soldiers were prosecuted, the punishment could be light. A sniper who shot an unarmed Palestinian teenager in Gaza in 2014 was sentenced to 30 days community service; another who claimed he had missed a live round with a rubber bullet was sentenced to nine months, although this was later doubled by the Supreme Court of Israel; and a third as 2018 executed a Palestinian perpetrator who had already been disarmed and subjugated by other soldiers served nine months, claiming in his defense that he had believed the attacker might have hidden a suicide bomb.

When the crowds stormed to the Abu Akleh ceremonies in Ramallah and Jerusalem, her friends mourned a woman who loved to shop, party and travel and breastfeed a sweet tooth. “She had a constant smile, loved to dance – to cover Israeli atrocities never broke her spirit,” said Hatuqa, who met her when she was 20.

Young women in the region were inspired by the calm of Abu Akleh, she said, mimicking her legendary characters in front of mirrors with her hairbrushes as microphones.

Grew up in Nazareth during the second intifada or Rebellion, Rawan Bisharat, now 39 and working to promote Palestinian-Israeli partnerships at the Tel Aviv-Yafo Academic College, recalls how Abu Akleh’s broadcasts from Jenin kick-started her political awakening.

“I was 17 years old and trying to organize my identity as a second-class Arab citizen,” she said, speaking next to a memorial she had created from posters of Abu Akleh and flowers in the mixed Palestinian-Israeli neighborhood of Jaffa.

“To me, she was the voice of the second intifada, the voice of resistance. Until yesterday, when I woke up to the news of her killing, I did not know exactly what it meant – but yesterday we were all Palestinians, no matter where we were, in Tunisia, Lebanon, Gaza, Jaffa or the United States. connected by Shireen. And now we feel our grief together and have lost some of our childhood together. “