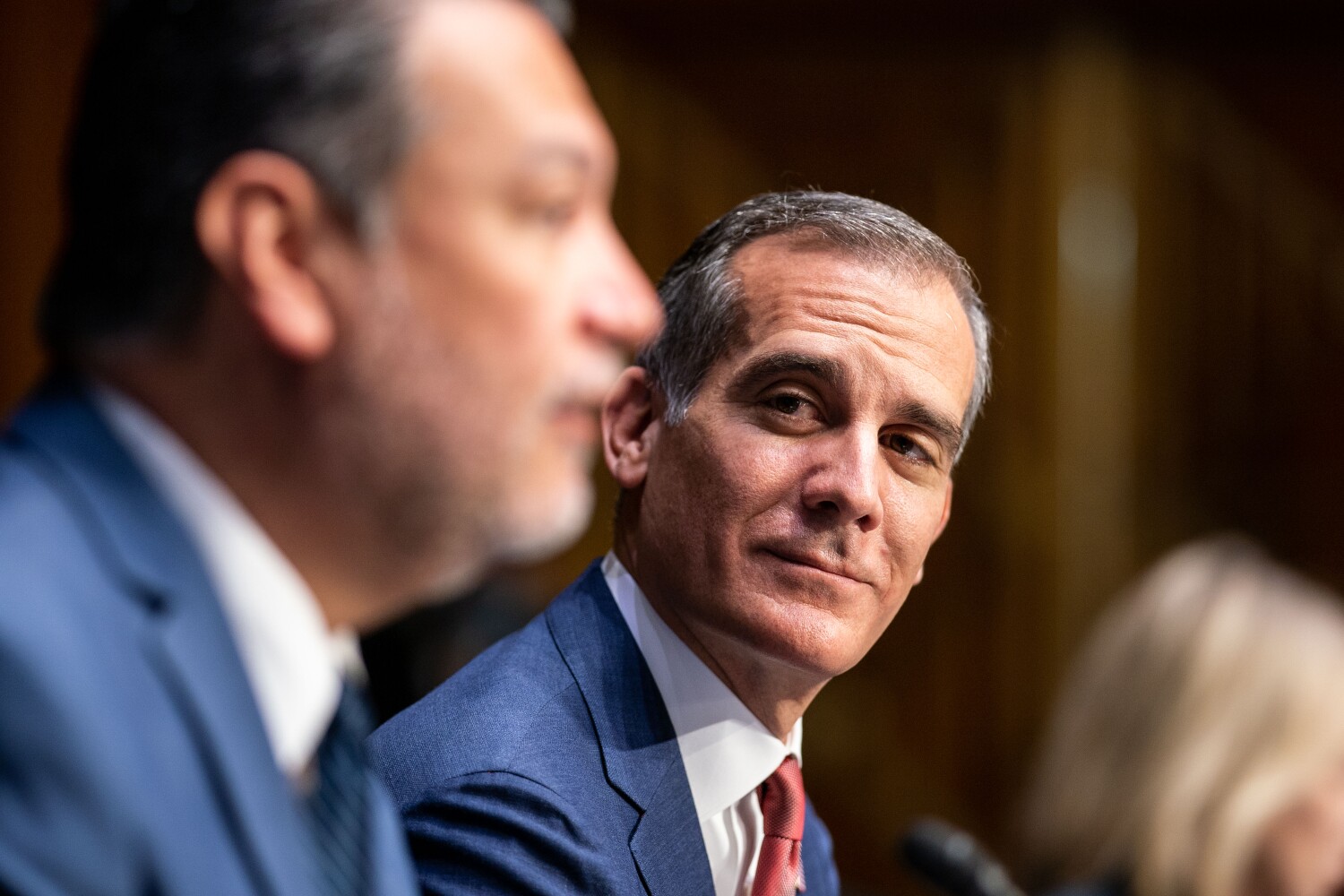 Seligman has campaigned in the Senate to nullify Garcetti’s mandate in India, which has persistently accused the mayor of lying and should not be confirmed. She escalated her efforts in February and got the non-profit law firm Whistleblower Aid to file a complaint to local, state and federal prosecutors demanding that Garcetti be prosecuted for perjury.

Seligman said in her deposition in the Garza case that she saw Jacobs hugging and kissing people in ways that were clearly undesirable, while the mayor was close. Asked if Garcetti may have missed seeing those moments, Seligman testified: “If he chose not to.”

She also testified that Jacobs grabbed and kissed her forcibly in her office in 2016, an incident she said was witnessed by “eight or nine” members of her communications team. Her friend, Rebecca Ninburg, testified that Seligman had called her shortly after the alleged incident to complain about Jacob’s behavior.

Many of the staff who worked under Seligman and Jacobs at the time told The Times they did not remember the incident. Only Becca MacLaren, Garcetti’s speechwriter, has set a record with her account. The other workers, including several who have left the mayor’s office, asked to remain anonymous; said they did not want to get caught up in the anger and accusations that swirled around the case.

Seligman has accused those who doubt the kissing incident as part of a culture of silence in the mayor’s office.

She testified that she went to the then Chief of Staff Ana Guerrero to report the forced kiss, but that Guerrero just “shook his head, rolled his eyes. [and] got her kind of blank angry look. “She said Guerrero did not take any action because Jacobs was seen as an” untouchable “, valued for his collecting ability and close ties to Garcetti and his wife.

In her testimony in the Garza case, Guerrero denied that she had ever received a complaint of sexual harassment about Jacobs, from Seligman or anyone else. She described the mayor’s office as sensitive to such concerns and said immediate action would have been taken to resolve any issues.

The chief of staff and others admitted to having seen Jacobs kiss others on the lips in social situations, but they said it did not seem undesirable or inappropriate.

Much of the other evidence about Jacob’s pines does not go directly to Garcetti’s knowledge, but suggests that many people in the mayor’s office talked about the top assistant’s behavior: