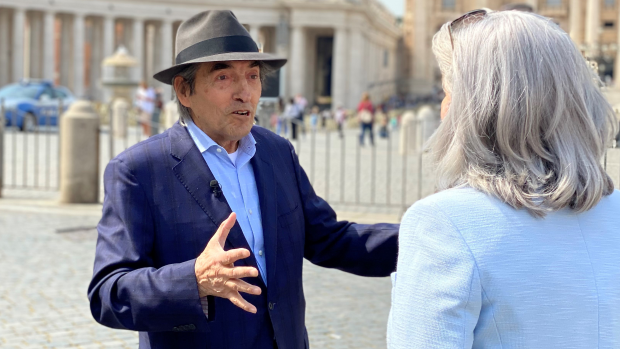 ROME – Pope Francis may have apologized for the role of the Catholic Church in Canada’s residential school system on Friday, but it is not the first time that indigenous activists have apologized to the pope.

Phil Fontaine, former national head of the Assembly of First Nations, traveled with a small delegation from Canada to the Vatican in 2009 and met with Pope Benedict to discuss abuses and trauma in residential schools.

Then Pope Benedict VXI expressed “sorrow”, but offered no immediate apology. But today Fontaine got one.

Fontaine said he hoped the official apology would “rest” some of the concerns felt by the indigenous people.

“I thought the church would never respond as they did here today,” he said. “And so I do not have to worry about it anymore.”

If you are a former school survivor in need, or have been affected by the school system and need help, you can contact the 24-hour Indian Residential Schools Crisis Line: 1-866-925-4419

Additional support for mental health and resources for indigenous peoples can be found here.