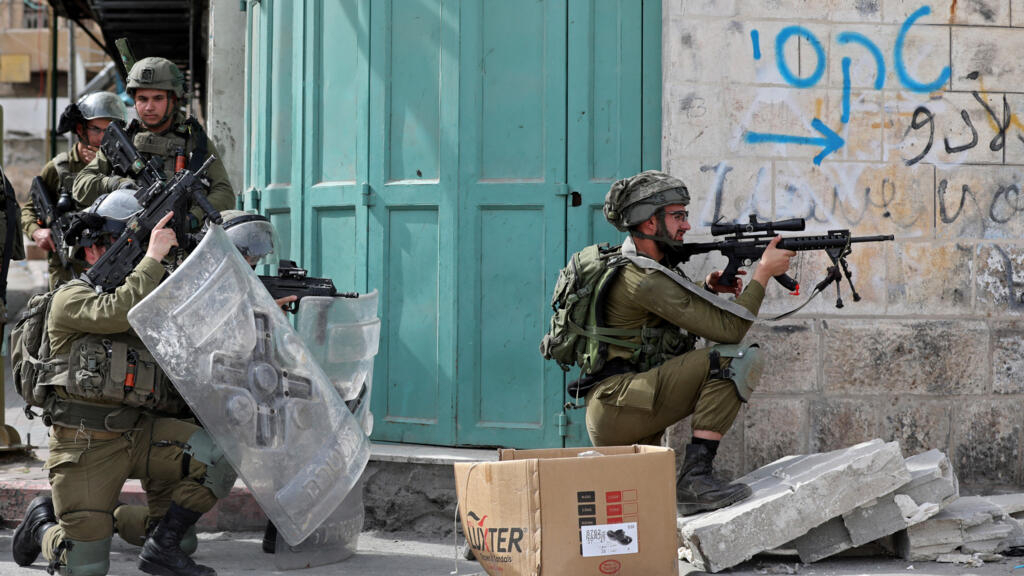 Israeli forces shot dead a Palestinian on Friday during clashes in the hotspot that occupied the West Bank city of Hebron, the latest in a wave of violence, the Palestinian Ministry of Health said.

The clashes come amid heightened tensions ahead of the start of the Muslim holy month of Ramadan, and as days of deadly violence in Israel and the occupied West Bank have raised fears of an escalation.

Clashes broke out in central Hebron between Palestinian residents and Israeli forces, an AFP journalist said.

A 29-year-old Palestinian was shot and killed “with sharp ammunition”, the ministry said in a brief statement.

The Palestinian news agency Wafa identified the man as Ahmad al-Atrash, who it said was involved in a protest against Israeli settlements and had previously spent six years in an Israeli prison.

The Israeli army said that during a “riot” in Hebron, “a suspect threw a Molotov cocktail” at soldiers, who “responded with live fire”.

Hebron, the largest city in the West Bank, is home to about 1,000 Jewish residents living under heavy Israeli military protection, among more than 200,000 Palestinians.

It hosts a disputed sacred site, known to Muslims as the Ibrahimi Mosque and to Jews as the patriarch’s cave, which is revered by both religions.

The Islamist movement Hamas, which controls the Gaza Strip, said it was “mourning” Atrash who spent years in Israeli prisons.

The Palestinian Red Crescent said it also treated 70 people injured in clashes with the Israeli army in the Nablus area of ​​the northern West Bank.

Two Palestinians were killed in clashes, according to the Ministry of Health.

Elsewhere in the West Bank on the same day, a Palestinian man was stabbed to death and seriously injured an Israeli civilian with a screwdriver in a bus south of the city of Bethlehem.

The escalating violence followed an attack on Tuesday night in Bnei Brak, an Orthodox Jewish city near Tel Aviv.

“We will act in all possible ways to stop attacks”

A total of 11 people have been killed in anti-Israel attacks since March 22, including some carried out by attackers linked to or inspired by the Islamic State group for the first time.

Army Chief of Staff Aviv Kohavi said on Friday from the West Bank that “we will continue to act in all possible ways to stop attacks – that is our mission”.

Israeli Defense Minister Benny Gantz, who was also in the West Bank to meet with military officials, said Israeli forces would continue to “carry out arrests and defense and attack operations.”

“We will get hold of those who are trying to harm Israeli citizens,” he said.

Gantz was in Jordan earlier this week where he met King Abdullah II in an attempt to seek peace before Ramadan.

Tensions flared last year during Ramadan between Israeli forces and Palestinians visiting the Al-Aqsa Mosque in annexed East Jerusalem, leading to 11 days of bloody conflict between Israel and Hamas.

Israel conquered the West Bank from Jordan in the 1967 Six Day War.

It has since built a number of settlements throughout the territory that are considered illegal under international law but are home to about 475,000 Israelis.

Jordan, which established ties with Israel in 1994, has traditionally played the role of mediator between Israel and the Palestinians.

The kingdom also serves as the guardian of the holy sites in East Jerusalem, which Israel occupied in 1967 and later annexed in a move not recognized by most of the international community.

On Wednesday, Abdullah met with Palestinian President Mahmoud Abbas in Ramallah, during his first visit to the West Bank since 2017, also to discuss ways to limit unrest during Ramadan.

Peace talks between Israelis and Palestinians have been frozen for several years.