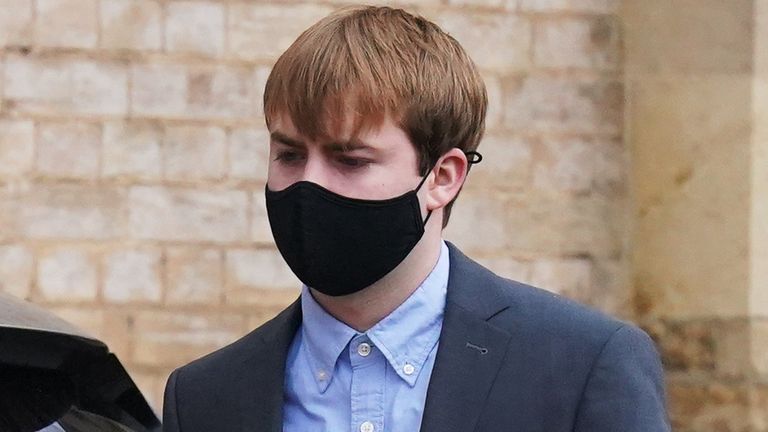 Liam Gallagher’s son and Ringo Starr’s grandson have been branded “eligible” after appearing in court during a brawl late at night in a supermarket.

Gene Appleton Gallagher, 20, and Sonny Starkey, 21, were “young men who thought they could get what they wanted by misbehaving” when they beat shop staff on a London Tesco Express, Judge Joanna Greenberg said.

The brawl started in the store on Heath Street, Hampstead, just after midnight in May 2019.

Staff had tried to stop the couple’s friend, 21-year-old Noah Ponte, from leaving the store with a can of gin and tonic for £ 1.70.

Ponte, a student at UCL and a former model, could not pay for the drink because it was outside the hours that Tesco was allowed to sell alcohol, Wood Green Court heard.

However, he told the court that he had paid for nuts of the same value, which he left in the store, in an attempt to get around the licensing issue.

Staff were said to have begun “grabbing” Ponte before Starkey and Gallagher threw “kicks and punches” at a worker, prosecutors said.

An employee then managed to get Starkey in a head lock for “a few minutes”, the court heard.

But on Wednesday, when their trial was due to begin, new evidence emerged showing that there was a “strong case” Starkey acted in self-defense and Gallagher defended him, the court heard.

Ponte was not found guilty of theft at the end of a trial on Friday after 31 minutes of jury deliberation.

“Completely out of order”

“In your opinion, your behavior at this time when you entered the Tesco store was completely out of order,” Judge Greenberg told Gallagher and Starkey.

“It’s hard enough when people who run a store late at night come across young men who think they can get what they want by misbehaving, and that’s what you did.”

She recorded innocent objections in relation to Gallagher and Starkey, and bound over them – meaning they have promised to “keep calm and be well behaved” for 12 months or pay £ 500.