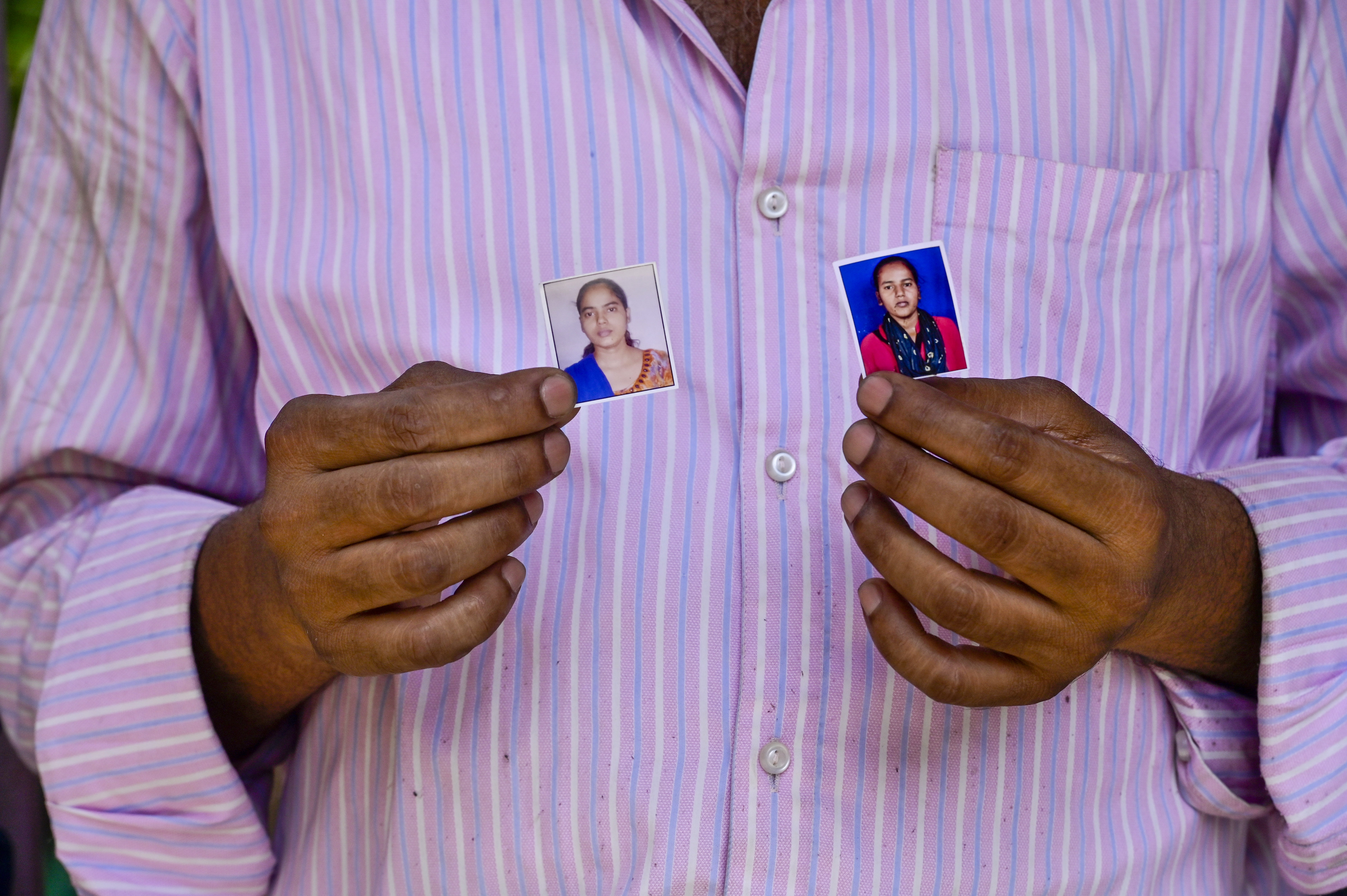 Suman has been sitting outside Sanjay Gandhi Memorial Hospital in the Mangolpuri area here since Friday night, breaking down every now and then as she anxiously awaits an update on the whereabouts of her older daughter Pooja (19).

With the middle-aged woman follows her younger daughter Pinky (18), her eyes also swollen with tears.

Pooja is among the 29 people who remain unexplored after a fire tore through a four-story building in Mundka in outer Delhi on Friday night. She recently started working with a manufacturing and assembly company for CCTV cameras and routers that operated outside the building.

“She used to say you do not have to work, I will make money. Her father died in 2012. I used to work as a domestic worker and earned a meager amount. But since she got the job, she took care of everything, ”said an upset Suman, wiping his tears.

When Pinky heard her mother talk about Pooja, Pinky also broke down and said: “Where is she? We’ve been sitting here since last night. I have asked the officials for an update but they have no answer.” Pinky said that when Pooja went to work on Friday morning, she could not imagine that she might not come back home.

At least 27 people were killed and 12 injured in Friday’s fire. Of the dead, seven have so far been identified, according to police.

The constant complaining of family members waiting for news about their loved ones is interrupted by messages about helpline numbers for missing persons. As time goes on, the hope for these families disappears.

Many cried inconsolably when the hospital staff called them to identify charred remains.

At the scene of the fire, Asha’s brother showed her photo to police and appealed to them to look for her.

“We have not eaten anything since the evening. Check once. The family is really worried. Please do something. Just tell us if she’s alive or not, “said Veerpal (24).

Veerpal told PTI that he found out about the fire from the news and rushed to the scene with Asha’s husband. Asha’s phone remains off.

Meanwhile, the rescue operation at the Mundka building has been completed.

Delhi fire chief Atul Garg said they found some more charred remains on Saturday morning and that the death toll could rise to 30.

He said it was difficult to identify whether the remains were of one person or more.