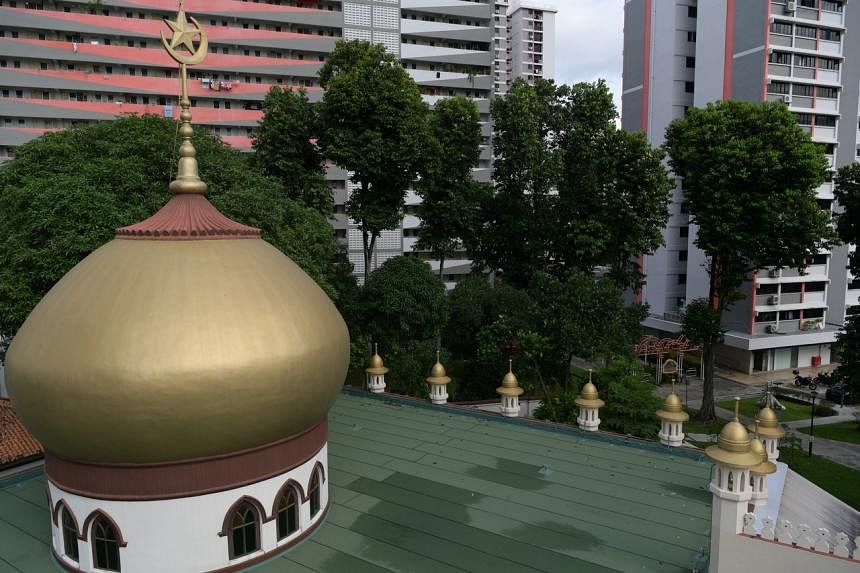 SINGAPORE – A new initiative to rejuvenate mosque programs and bring together the Muslim community to enliven their religious life – both in the physical and virtual space – was launched on Saturday (April 2).

Known as the SalamSG Movement (SSGM), it aims to bridge religious practice online and in mosques as the nation moves toward living with Covid-19, the Islamic Religious Council of Singapore (Muis) said on Saturday, the beginning of Ramadan, the Muslim fasting month.

With Covid-19, more Muslims in Singapore have consumed religious content online, while many also want to practice their religion in mosques in a safe environment. SSGM bridges these two aspects and aims to drive behavioral change in Muslim society in the new normal, Muis said.

Activities can continue to be of a hybrid nature, with online platforms that allow greater reach and participation across society, it was said.

SSGM was launched at Masjid Mujahidin by Dr Mohamad Maliki Osman, who is the second Minister of Education and Minister of Foreign Affairs. The movement is composed of Muis and the mosques.

SSGM will coordinate the various mosque programs and publish them online at Muslim.SG.

The word “Salam” was chosen because it carries the message of positivity and optimism, Muis said.

“The last few years have been very challenging for the Muslim community and we have adapted very well by using online platforms to allow the Muslim community to continue to practice the religion … This year I think we can look forward to opening up,” Dr Maliki said at the event.

“We want to create synergies between both the physical and the online, it is not a one-day thing. This movement is to identify new opportunities and provide opportunities for our volunteers to continue to reach out on both platforms,” ​​he added.

The launch featured a recitation of the Qur’an – a reciter read in place in the mosque while another reciter continued online – in a symbolic gesture to show that religious events are conducted in a hybrid format.

The launch event also featured a booth that taught seniors how to use digital devices to navigate the MuslimSG app and the web, and how to pay zakat or alms online.

Masjid An-Nur’s religious official for the mosque Ustaz Bahrul Ulum Buang shared details of important Ramadan activities: “By being online, the mosques also hope to reach as many congregations as possible and give those who cannot visit the mosques (due to illness or work) , for example) a chance to learn about Islam and Ramadan at their own time, making it a more personal and meaningful Ramadan experience this year. “