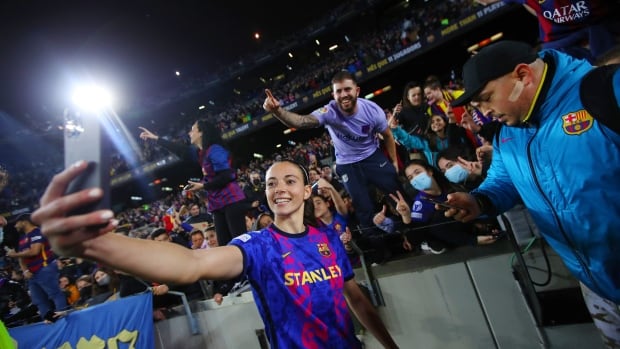 What a week it has been! We started as predicted in the previous Joy Drop, with Canada’s men’s soccer team qualifying for the World Cup in November. What an absolute JOY. So we start with Alphonso Davies – still out due myocarditis. Although he could not play, he watched and cheered on his team’s 4-0 victory over Jamaica on Sunday.

After the glorious win, he cried tears of happiness and spoke so sincerely about the people who believed in the team and what it means for this squad. Of course I sobbed along.

The Oscars were really, well, memorable, but I want to draw attention to a beautiful and important film called The Queen of Basketball, who won an Oscar in the category Short Documentary.

It’s the story of Lusia (Lucy) Harris, the first woman to be drafted into the NBA. Yes, NBA. She is a Hall of Famer and she was the first woman to ever lower a basket at the Olympics in the women’s competition. This movie tells her story. Because we should know. Shaquille O’Neill and Steph Curry, two legendary NBA players, were the executive producers of the project.

Ben Proudfoot wrote and directed this incredible work, and he attended the awards ceremony with his mother. But his reaction to winning an Oscar was definitely spectacular, and one that we should remember. In another extraordinary context, according to his Twitter bio, Proudfoot is Nova Scotian!

You can watch the film here:

There have been some really great moments this week, but one that really stood out to me was when the news came that Sanjay Malaviya, a Canadian contractor for healthcare technology, donated $ 1.2 million to support Team Canada athletes. This means that the Olympic and Paralympic winners who won medals at the Tokyo and Beijing Games will receive $ 5,000 each. As my colleague Devin Heroux has previously reported, the Paralympics have never received any money for winning the Paralympics.

This does not exist for the Paralympics.

The Olympics and Paralympics in the United States and Australia are paid equally to win medals.

Although I am worried that the Paralympians are still not receiving the same funding as other athletes, I was so happy to see this development. I hope it drives the forces to support the Paralympians completely.

A happier news, a world record from Spain blew everyone else out of the water. Last Wednesday, 91,533 fans participated in a quarter-final of the Champions League for women and saw Barcelona beat the guests 5-2 at. Camp Nou – the famous stadium.

The match between Real Madrid and Barcelona is a historic rivalry. But the fact that it was witnessed by so many elated fans contributes to the richness of the women’s game. And emphasizes why women’s sports are a fantastic product that people want to invest in and be a part of. To see Barca’s captain Alexia Putellas Bang drums after a win are wonderful and necessary. These players deserve this cheer.

Since I have drums in mind, I leave a song by the drummer GOAT, Phil Collins, and his Easy lover duet with Philip Bailey. It’s a firecracker, as the kids say. Have a wonderful weekend! I will be preparing for the month of Ramadan, which begins this weekend. Be safe, friends.