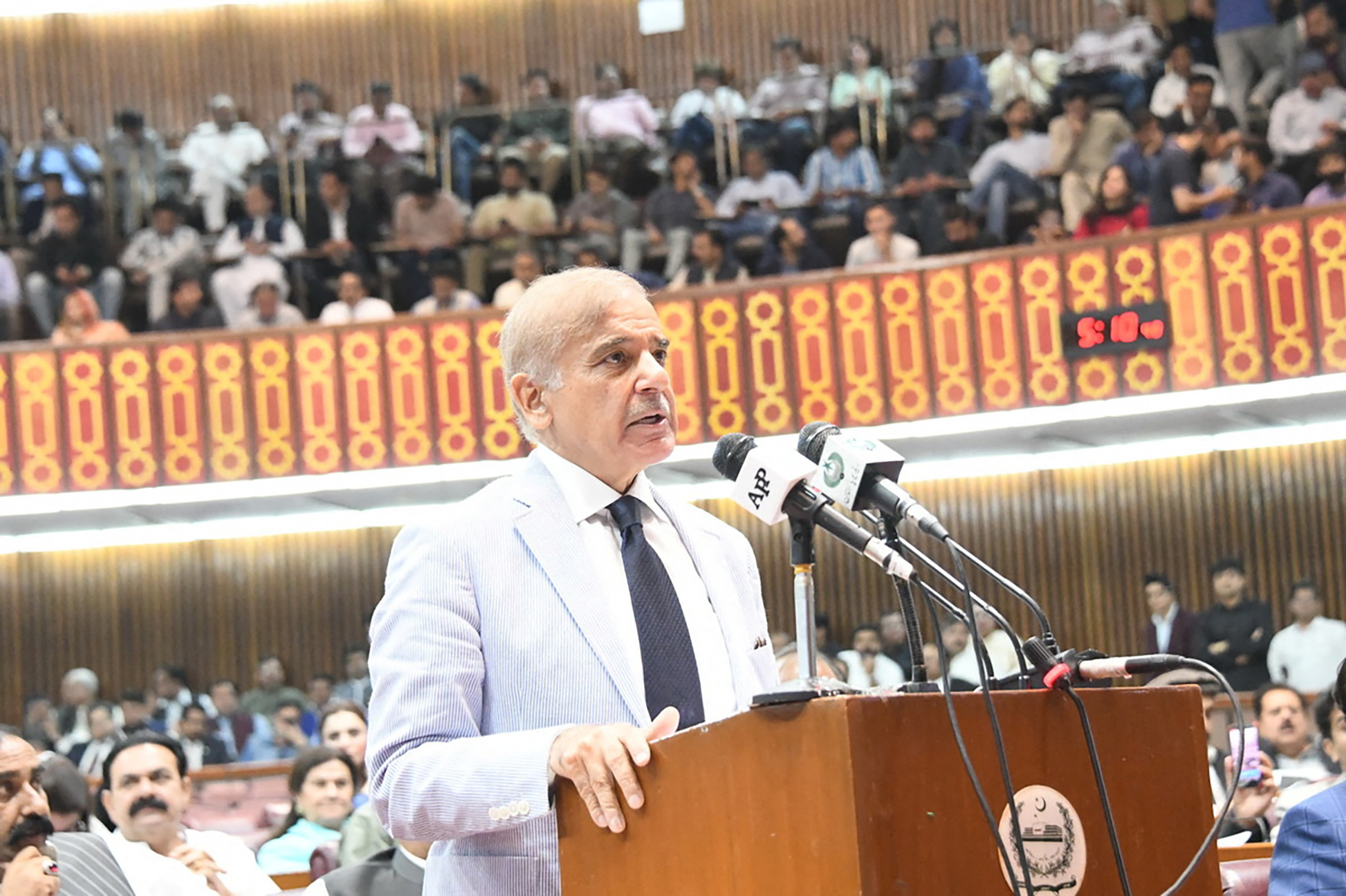 A Pakistani court here on Saturday extended the bail before the arrest of Prime Minister Shehbaz Sharif and his son and Punjab’s Prime Minister Hamza Shehbaz until May 21 in the case of money laundering of Rs 14 billion.

The Federal Investigation Agency (FIA) special court in Lahore accepted Shehbaz Sharif’s application for exemption from personal appearance on Saturday while he was in London “for his medical tests”.

During his visit to London, Shehbaz met with the self-proclaimed Pakistan Muslim League-Nawaz leader and his older brother Nawaz Sharif and sought guidance on the challenges facing his coalition government back home.

Hamza, however, appeared before the court.

According to an FIA prosecutor, prosecution in the case cannot be brought without the suspects being present in court.

“Both father and son could be prosecuted in the FIA’s money laundering case on May 21 if Prime Minister Shehbaz and Punjab’s Prime Minister Hamza appear in court at the next hearing,” a court official told PTI.

Sharifs have denied all crimes and have claimed that the cases against them were politically motivated by the previous government led by Prime Minister Imran Khan.

Shehba’s lawyer Amjad Pervez told the court that his client was a cancer survivor and a patient with chronic back pain.

Parvez told the court that his medical examination had been delayed for a long time since the previous government led by Khan did not allow him to go abroad. He assured the court that Shehbaz will be present at the next hearing.

“The agency has no objections to the application and pointed out that the presence of all suspects is necessary for prosecution,” said the new FIA prosecutor Farooq Bajwa, who was indicted on Friday.

Judge Ijaz Hasan Awan ruled that the procedure could not proceed due to the application for exemption.

Shehbaz and his sons – Hamza and Suleman – were booked by the FIA ​​in November 2020 according to various sections of the Law on the Prevention of Corruption and the Law on Combating Money Laundering. Suleman escapes and lives in the UK.

The FIA ​​investigation has discovered 28 benami accounts, which allegedly belong to the Shehbaz family, through which an amount of 14 billion PKR was laundered from 2008 to 2018.

The FIA ​​investigated the money trail for 17,000 credit transactions and the amount was kept in “hidden accounts” and given to Shehbaz in his personal capacity.