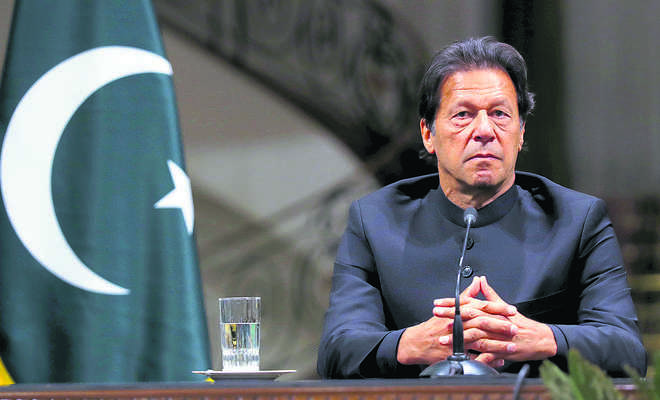 Pakistan called here a high-ranking US diplomat and staged a strong protest against the United States’ alleged “interference” in its internal affairs, an official statement said on Friday.

On Thursday, the US State Department firmly rejected the statements of the strained Prime Minister Imran Khan about the role of Washington in an alleged “foreign conspiracy” to oust him from power.

In a speech to the nation, 69-year-old Khan discussed a “threatening letter” and called it part of a foreign conspiracy to remove him because he was not acceptable to pursue an independent foreign policy. He named the United States as the country behind the threatening letter in what appeared to be a stain.

US Charge d ‘Affaires in Islamabad Angela P Aggeler was called by the State Department (FO) for a “threat letter” warning of fatal consequences if the opposition’s no-confidence motion against Khan failed, the newspaper Dawn reported.

The move came after a decision by Pakistan’s National Security Council (NSC) on Thursday.

The State Department also handed over a letter of protest to the US diplomat over the language used by a foreign official during a formal communication.

The US diplomat has been told that “interference in Pakistan’s internal affairs is unacceptable,” the report said.

The NSC decided to issue the strong demarcation to the “country” which, in an interaction, expressed dissatisfaction with Pakistan’s policy towards Ukraine, and then Pakistan’s Ambassador to the United States Masood Khan sent a letter to the State Department on the matter.

Khan’s speech came at a critical time in his political career when he lost the majority after leaving the Pakistan Tehreek-e-Insaf (PTI) party. Two of his allied parties also withdrew their support and joined the opposition.

The United States has said it has not sent a letter to Pakistan on the current political situation in the country because it sought to refute allegations of US involvement in the no-confidence motion against the Imran Khan-led government.

Khan met with President Vladimir Putin in the Kremlin on February 24, the day the Russian leader ordered a “special military operation” against Ukraine. Khan also became the first Pakistani prime minister to visit Russia in 23 years after former prime minister Nawaz Sharif traveled to Moscow in 1999.