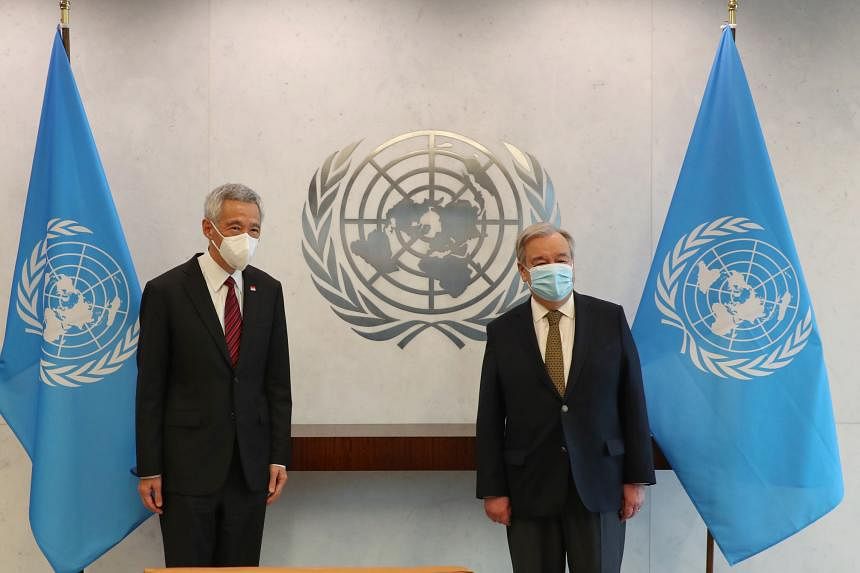 The meeting at the UN headquarters in New York City came at the end of PM Lee’s working visit to the United States.

“He visited the UN to show his support for the leadership and the work of the UN, especially at a time when multilateralism is being tested,” said Prime Minister Lee’s Press Secretary Chang Li Lin in a statement.

“It is at this moment that we need to support the UN and work together to strengthen the rules-based system so that we can effectively tackle pressing challenges such as climate change, the oceans and cyberspace together,” she added.

Prime Minister Lee and Guterre’s 40-minute discussion was “good and comprehensive,” she said.

Prime Minister Lee also expressed his support for the Secretary-General’s report “Our Common Agenda” as a catalyst for strengthening international cooperation and reviving the UN, Chang said. The report presents the Secretary – General’s vision for the future of global cooperation and was presented to the UN General Assembly in September last year.

Senior Minister Tharman Shanmugaratnam, who was appointed to a high-level UN advisory committee on effective multilateralism last month, will contribute to the process through his work on the board.

During his trip, Prime Minister Lee had expressed deep concern about how the war in Ukraine is affecting international order.

Mr Guterres had noted on Wednesday that the war in Ukraine was “a catastrophe that shook the foundations of the international order, which spread across borders and caused soaring prices for food, fuel and fertilizers which mean disasters for developing countries”.