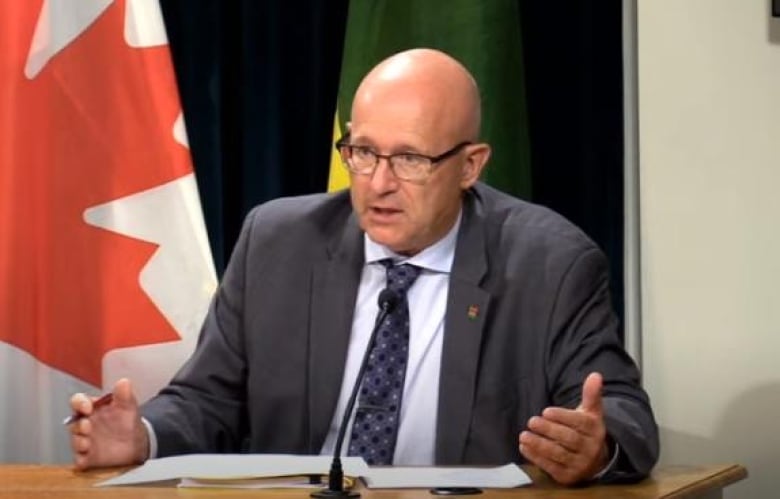 Environmental groups call Saskatchewan’s latest budget from the Ministry of the Environment “insufficient”, “completely inadequate” and “deeply disappointing” in reducing the amount of greenhouse gases that cause climate change.

The Ministry’s proposed budget for 2022-23 says it will spend $ 92.6 million, which includes $ 1 million for continued delivery of Saskatchewan’s climate change strategy and $ 400,000 to accelerate growth in the forest sector.

“There is very little in this provincial budget that makes Saskatchewan’s climate action plan more ambitious,” said Peter Prebble, a board member of the Saskatchewan Environmental Society.

Saskatchewan is leading the country in terms of greenhouse gas emissions per capita, according to data from the latest National Inventory Report published in April 2021 by Environment and Climate Change Canada. The province’s greenhouse gas emissions decreased by one megaton from 2018 to 2019, but they have remained at relatively similar levels from 2014 to 2019, the latest available data.

A report for 2022, which will include data from 2020, will be published later this month.

The provincial government released Prairie Resilience, a “made-in-Saskatchewan” climate change strategy in 2017, with more than 40 commitments to tackle climate change.

The government has targets for reducing greenhouse gas emissions in certain specific sectors of Saskatchewan’s economy, but has no provincial target for 2030.

“Given the fact that it is the total greenhouse gas emissions across the province that matter most in terms of Saskatchewan’s impact on the global climate, the lack of an official 2030 emission reduction target for Saskatchewan is worrying,” said Prebble.

The Saskatchewan Environmental Society would like to see the provincial government aim for a 45 percent reduction in annual greenhouse gas emissions across the province by 2030.

The federal government on Tuesday released a plan to dramatically reduce greenhouse gas emissions over the next eight years to reach ambitious 2030 reduction targets.

In an effort to reduce emissions by 40 to 45 percent below 2005 levels by 2030, Ottawa has announced approximately $ 9.1 billion in new investments that will, among other things, increase incentives for zero-emission vehicles, mitigate tax breaks for fossil fuel technology companies that include technology for the capture, use and storage of carbon dioxide (CCUS) – adopted by Saskatchewan – and is working to make Canada’s electricity grid cleaner.

Every effort is made to stop the planet from warming up to a crisis point.

However, Kaeding said the new investment “would not even come close to the cost that the federal government will impose on Saskatchewan families or small businesses or industries.”

The plan says that current carbon pricing will remain the cornerstone of the federal climate plan. The price of carbon dioxide will rise sharply from its current level of USD 50 per tonne of carbon dioxide emissions to USD 170 by 2030 to drive consumers towards cleaner energy sources.

Canada also promises to reduce methane emissions from the oil and gas sector by at least 75 percent below 2012 levels by 2030.

In addition, the federal government will soon introduce a hard emission ceiling – which means that if companies want to pump out more fossil fuels in the coming decades, they will have to do so with significantly lower emission intensities.

Sask. will not cooperate without seeing the data, say the ministers

Eyre and Kaeding said Saskatchewan would not follow Ottawa’s plan to reduce emissions or set more ambitious targets for the province, without looking at the data used by the federal government to decide on greenhouse gas ceilings.

“The biggest frustration we have when it comes to federal plans is data sharing,” Eyre said.

“They use data about Saskatchewan that they do not show us … what they impose on us based on data collected in Ottawa about oil and gas sites they have never visited.”

Eyre and Kaeding said there was no “meaningful” consultation between the provincial government and federal officials, other than a brief phone call.

“We really need to see and have an opportunity to see the homework that the federal government is trying to put these numbers on,” Kaeding said.

Wilkinson’s office and the Department of Environment and Climate Change did not respond to CBC’s request for comment at the time of publication.

Bigland-Pritchard said the province’s climate plan focuses a lot on adapting to climate change, “but when it comes to actually reducing our emissions, which is what we need … it’s completely inadequate.”

He and Prebble want to see a comprehensive zero-emission plan, along with money for a home energy renovation program, a major program to rebuild commercial buildings in Saskatchewan, major transportation sector initiatives that would promote the purchase of zero-emission vehicles, and investment to improve urban transport.

“We must, in principle, be ready to run our transport system in this province on non-fossil fuel vehicles. And we should prepare our infrastructure for that,” Prebble said.

Prebble added that the government should phase out all of Saskatchewan’s conventional coal-fired power plants by 2030 and replace them with 1,000 megawatts of imported hydropower from Manitoba, implement new electricity efficiency measures and promote a much larger expansion of wind and solar power combined with energy storage.

“There is no evidence that the Saskatchewan government plans to cooperate with the federal government on this type of initiative,” he said.

Measures taken by Saskatchewan’s government include the 2019 release of the Methane Action Plan (MAP) with a goal of reducing methane emissions from ventilation and flaring activities in the upstream oil and gas industry by 4.5 million tonnes of carbon dioxide equivalents (CO2e) annually by 2025 Total MAP emission reductions between 2020-2030 will be at least 38.2 million tons of CO2e, according to the government.

The provincial oil and gas sector has reduced methane emissions by almost 50 percent since 2015, according to a government report from December 2021.

In the electricity generation sector, SaskPower has committed to reducing its emissions by at least 50 percent below 2005 levels by 2030, and the government has also committed to purchasing up to 50 percent of electricity from renewable energy, including wind and solar.

It is also planned to reduce emissions from government buildings to 85,489 tonnes per year and a 10% reduction in the emission intensity from large industrial emissions by 2030.

Saskatchewan has no targets for the agricultural or transport sectors, even though they are among the highest-emitting industries.

Nearly two-thirds of agricultural emissions come from the prairies, with more than half of the sector’s emissions from Alberta and Saskatchewan, according to Environment and Climate Change Canada.

There are also no sector-specific reduction targets for the residential and commercial construction sector and Saskatchewan’s municipal sector.

“Emission reduction targets for each of these sectors are much needed,” Prebble said.