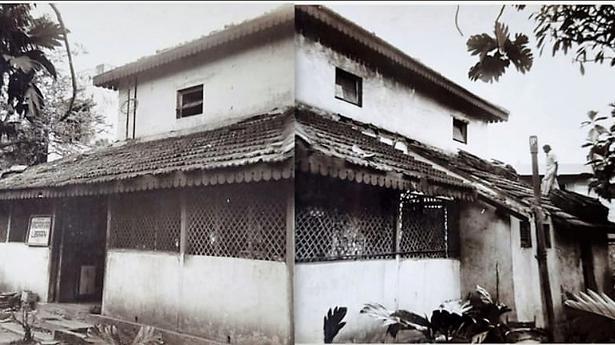 Nagarkar Library, started as a community initiative in 1897, grew to embrace all and promote art and literature

Nagarkar Library, started as a community initiative in 1897, grew to embrace all and promote art and literature

During colonial times, when Hubballi was emerging as a center of commerce, art, music and literature, a group of visionary young members of the Citrapur Saraswat community chose to settle in the city around 1873. Their gathering in Hubballi was the starting point of an institution, which has now completed 125 years of its establishment.

In 1897, Raghavendra Subbarao Nagarkar, a ‘Mamlatdar’ at Saundatti in the Belagavi district, died, leaving behind a good collection of Theosophical books. His cousin Manjunathrao Ullal, who inherited them, donated the same thing to this group, which led to the birth of the “Nagarkar Library”.

Over the years, members of the community continued to donate books that added to the collection and the institution, without limitation, emerged as a cultural center that provided space for art forms, music as well as sports. What originally began as a forum for the Chitrapur Saraswats expanded its reach and later included anyone with an interest in art, literature, music and sports.

Despite several ups and downs, the “Nagarkar Library” has stood the test of time and will celebrate its 125th anniversary th anniversary thanks to the service of several families.

In the 1980s, a “give and take” agreement with the Central Bank of India helped the institution get a new building. Later, as honorary secretary for over three decades, Subhash helped the Madiman library expand. Now together with the library with 6,000 books there is a small hall for music programs, space for games.

The Nagarkar Library has a collection of some rare books, including the first print of various works, those printed in London some dating back to the 1860s. Not only classics, it also has books that help students prepare for competition exams.

“The library opened a new world ahead of us. Such was the collection that we sometimes had to wait our turn to read at Nagarkar Library “, remembers Mahendra Chauhan, a journalist.

With the advent of technology, the number of visitors to the library is now declining, but that has not taken away from the new team’s zeal.

“Because we have other resources, we only charge INR 50 per month. We want the children to visit and get acquainted with the joy of reading,” Vijay Bijur and Vikram Sirur, who are part of the team that takes care of the library, told The Hindu.

A three-day program with music, puppet theater will mark the library’s 125th anniversary from 27 May.