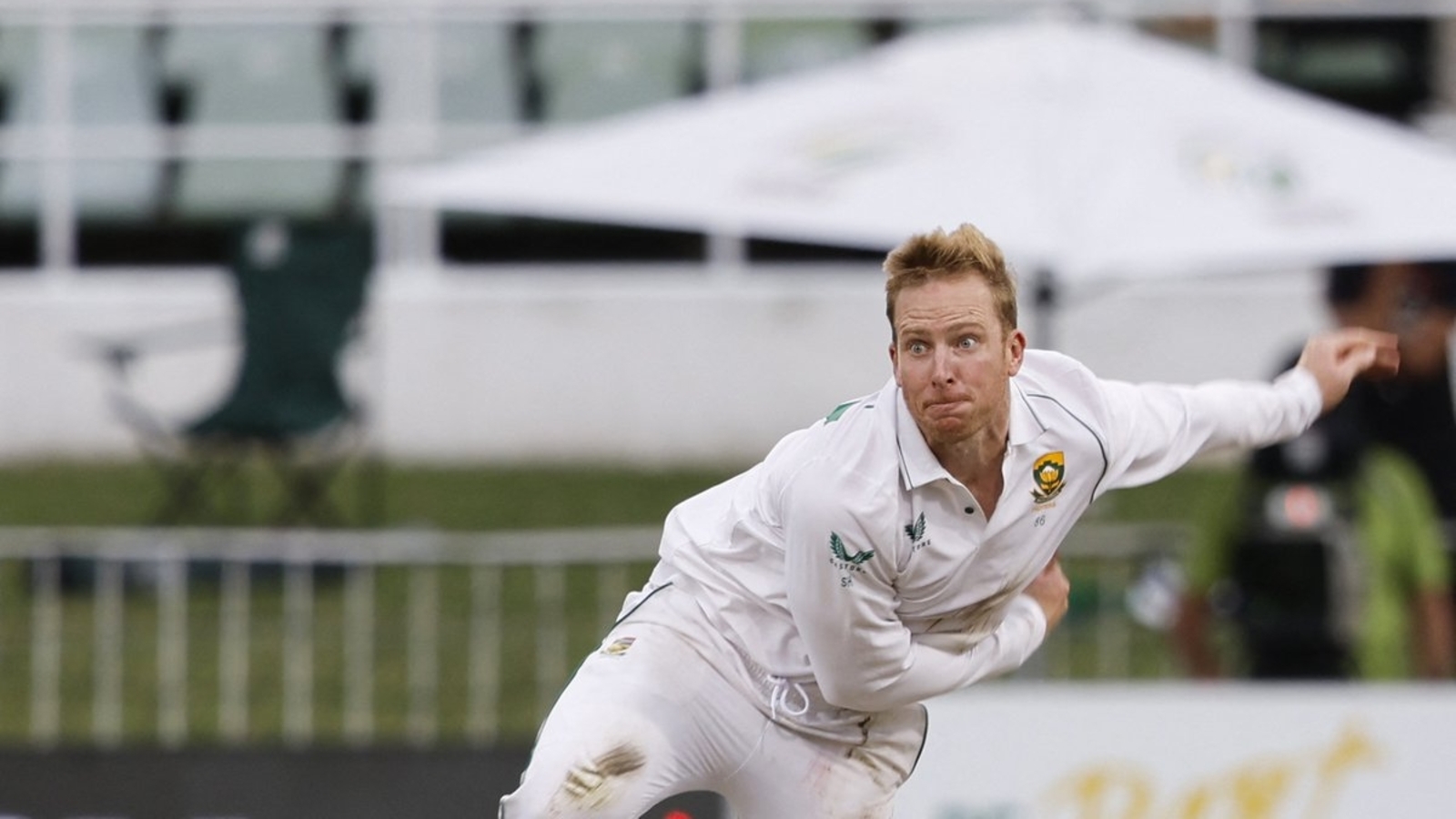 South African off-spinner Simon Harmer took all the wickets in his first Test appearance in seven years when Bangladesh reached 98 for four at the end of the game on a gloomy second day of the first Test at Kingsmead on Friday.

The tourists are 269 runs after South Africa’s first innings in total at 367, where Temba Bavuma fell seven runs in a century, where the impoverished home team, which is without its entire first attack, takes control of the game with spin.

The opener Mahmudul Hasan Joy (44 not out) will resume on the third morning with the night watchman Taskin Ahmed (0 not out), but the visitors were undone by a controlled slow bowling from Harmer (4-42) and Keshav Maharaj (0-24), who throttled the running speed when they let in only 66 runs on 39 overs between them.

The choice of Harmers wickets was by Najmul Hossain Shanto (38) when the ball hit the center of the post and turned to hit the top edge. Keegan Petersen also took an excellent dive catch on short legs to dismiss visiting captain Mominul Haque for a duck.

Harmer had played the last of his five Tests in 2015 before embarking on a career in English county cricket but has been recalled with a number of South Africa’s bowlers missing in the Indian Premier League.

The home team resumed their first innings of 233 for four, anchored by midfielder Bavuma, who scored 93 points in a workmanlike innings when he missed a second test tone in his 50th appearance.

Bavuma has averaged almost 50 tests in the last 18 months and has been a mainstay in the middle order, but three figures continue to elude him, with his only test tone in eight years with the team that came against England in Cape Town in 2016.

On this occasion, he was bowled when he tried to cut the spinner Mehidy Hasan Miraz (3-94) but was undone by the sharp turn.

South Africa’s tail waved as they put on 122 for the last four wickets, helped by 38 not out from Harmer, while Bangladesh seamer Khaled Ahmed (4-92) was the most impressive of the visitors’ bowlers.