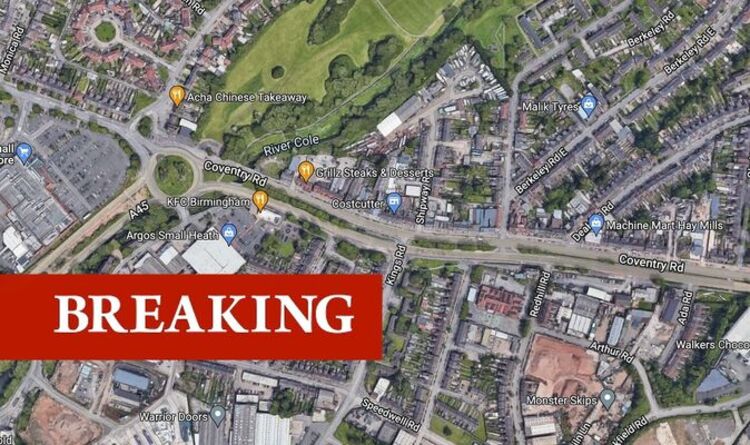 Police were called to Coventry Road, South Yardley, at around 7pm on Friday and a stretch of road near the intersection of King’s Road is expected to be closed until Saturday morning.

Buses are also currently being diverted away from the scene of the incident.

Investigating police say they are looking through CCTV images to try to find out why the crash occurred.

A spokesman for West Midlands Police confirmed that there would be disruption to traffic in the area until Saturday morning.

They said: “Part of Coventry Road in South Yardley, Birmingham, is closed as we investigate the cause of a very serious crash.

“We were called at 18:54 today (Friday, April 1) near the intersection of Kings Road. All rescue services participated.

“This is a very serious incident, and the road will be closed for a long time. Buses will be diverted and alternative routes should be found. Delays are expected until tomorrow morning.

“We work hard to understand what has happened. Our priorities are to take care of the people involved and to identify their loved ones.

“We’ve already talked to some people who saw what happened and have started identifying CCTV cameras that may have recorded the crash.”

READ MORE: Confused dad fined £ 650 for driving outside OWN home

They said: “If you live or work in the area, please check your CCTV, dashboard and doorbell pictures.

“Do not share these pictures online. Think of the people affected.”

Eyewitnesses have also described their shock over the crash with someone calling the police and describing it as “horrible”.

They told the Birmingham Mail: “It was 6.50pm. It was awful.

“I have lived here for 10 years and it is the worst event I have ever seen. It has shaken me.

“My son saw a car land on the roof. The other car was in ‘Pocket Park’ which is a short walk through, a patch of grass.”

Another eyewitness said the rescue service worked “tirelessly” at the scene.

They said: “I called the rescue service myself. There were three fire trucks, three ambulances, two emergency vehicles and a dozen police cars blocking the road.

“The ones we work very hard. It was buzzing with people.

“It is very sad but the rescue service was on site in less than five minutes and everyone worked tirelessly and had to deal with the public who were trying to get over the police band.”