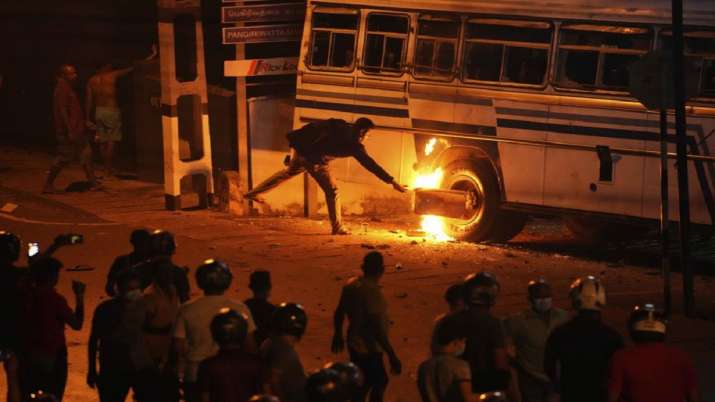 Sri Lankan President Gotabaya Rajapaksa on Friday imposed a state of public emergency in the country due to the growing unrest due to an economic crisis. He issued an extraordinary newspaper declaring a general emergency in the island nation with effect, local media reported. The Gazette has been published taking into account the prevailing situation in the country and for the interest of public security, the protection of public order and the maintenance of necessities and services that are essential to the life of society, the Daily Mirror reported.

The President issued the newspaper in accordance with the powers vested in him pursuant to section 2 of the Public Safety Ordinance (Chapter 40), as amended by law. No. 8 from 1959. Law No. 6 from 1978 and Law No. 28 from 1988. In addition, Sri Lanka also introduced a police ban in the western province for six hours, which ended at 06.00 today.

“The police curfew will apply in the western province from midnight to 6am on April 2 (tomorrow),” a police spokesman said on Friday, according to the Daily Mirror.

The move came a day after several protesters gathered outside Sri Lanka’s President Gotabaya Rajapaksa’s residence on Thursday as the island nation faced an unprecedented economic crisis. The police said that 45 people were arrested for their alleged involvement in the protests outside the president’s home.

The protest was organized over the government’s failure to address the existing problems in the island nation. Protesters clashed with police outside President Rajapaksa’s residence in Mirihana.

Sri Lanka’s economy has been in a free fall since the covid-19 pandemic due to the crash in the tourism sector. Sri Lanka is currently facing a currency shortage that has led to a shortage of food, fuel, power and gas, and has sought help from friendly countries for financial assistance.

Read also: The crisis in Sri Lanka: Protest outside the president’s house becomes violent; the country is running out of diesel