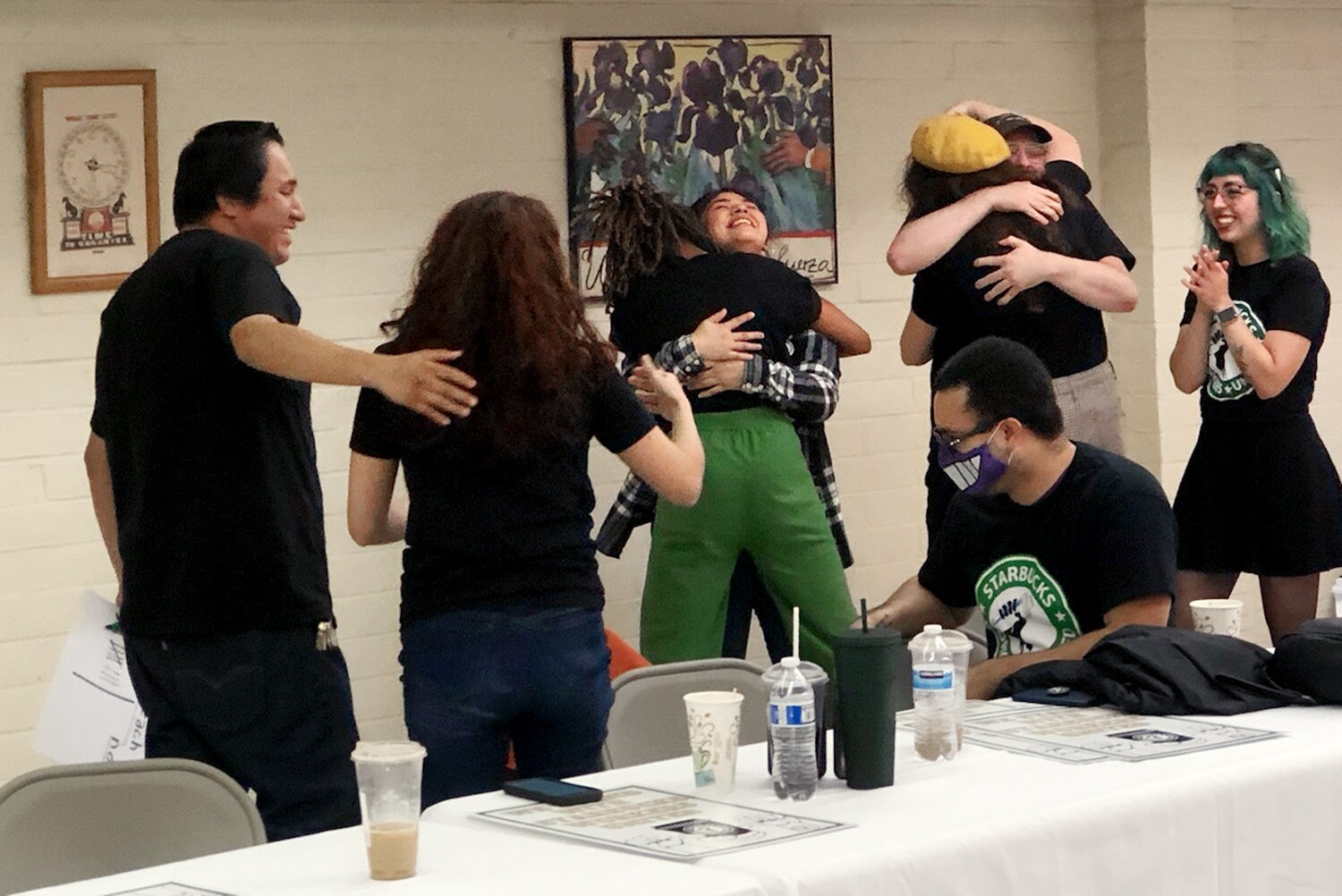 The votes came days after the first union victories for Starbucks workers in California in two Santa Cruz stores. They are part of a national campaign to organize the coffee giant that has spread rapidly across the country over the past six months.

Twenty-four workers at the store near Candlewood Street and Lakewood Boulevard in Lakewood voted to join Workers United, with one vote against. At Starbucks Square on Redondo Avenue and 7th Street in Long Beach, 13 workers voted unanimously for the union.

Workers from both stores gathered at the Western States Regional Joint Board’s office at MacArthur Park in Los Angeles on Friday to hear the results as the ballots were counted. WSRJB is a chapter of Workers United representing workers in California. Workers United is a branch of Service Employees International Union.

Josie Serrano, a barista at the Long Beach store, said working conditions at Starbucks have deteriorated over the years, with baristas having to juggle more roles and tasks.

“When I started four years ago, I did not have to do such stressful work,” said Serrano.

Serrano hopes unions will improve working conditions. “Now we have something really bright to look forward to.”

Starbucks spokeswoman Reggie Borges said in a statement via email that the company respects workers’ right to organize, but that it prefers to address workplace issues directly.

“We listen and learn from the partners in these stores as we always do all over the country,” said Borges. “From the beginning, we have been clear in our belief that we are better together as partners, without a union between us, and that belief has not changed.”

Workers in the two stores announced its intention to become a union on March 7 and wrote in open letters that they felt overworked, understaffed and underpaid.

Workers at the Lakewood store wrote in their open letter that the increases have been insufficient and that there is no clear roadmap for transportation. They said they seek greater job security by terminating their employment whenever they want, a policy that means they can be fired for no reason.

The Lakewood letter, signed by 19 workers, praised their store manager but said they, through unions, hope to change structural problems within the company that are “out of her hands.”

The Long Beach letter cited examples of the company fire union workers and challenges it submitted to the Federal Labor Board for union petitions – which the workers described as attempts to delay the election process.

“Our partners are disappointed with how the company has treated those who have resigned,” wrote workers at the Long Beach store.

A total of 84 Starbucks stores have had ballots, said National Labor Relations Board spokeswoman Kayla Blado. Of stores that have held elections, 69 have voted for a trade union and nine have voted against. At six stores, the results are too close to be determined and will be tested in the coming months.

Elections in 49 stores have been officially certified for a union to represent the workers.