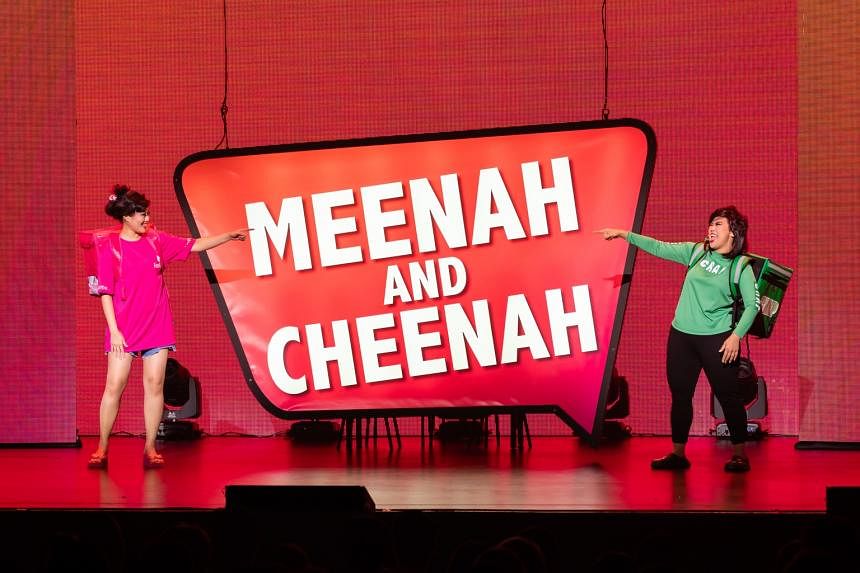 It’s been three years since the comedy duo Siti Khalijah Zainal and Judee Tan appeared on stage as their popular characters Meenah and Cheenah, and their reunion is a mess.

The show, which was created for the first time in 2016, was praised for its knowledgeable spread of racial stereotypes and received the Tan a Straits Times Life Theater Awards nomination for best female actress.

Back in its third iteration, it is again directed by Selena Tan, with fresh material from a writing team consisting of Alfian Sa’at, Rishi Budhrani and Jo Tan.

It has been updated to take in the pandemic years and opened with the fact that Meenah and Cheenah have switched to food delivery.

The jokes are big and bold. In one of tonight’s best sketches, Siti plays Singapore’s first non-Chinese prime minister and delivers some boldly funny jokes with conviction.

The two have retained their electric stage friendship, which is especially alive in a triptych of sketches that chart their characters’ 70-year friendship from kindergarten to seniors in a drone-filled futuristic Singapore, including a nostalgic return to a high school diploma in 1999.

Both keep the audience stitched during their solo sketches: Tan as a mini-skirt of “get rich quick” webinars and Siti as a real estate agent who raps to Cardi B’s WAP. They also show off their movements in a fun series of TikTok dance sequences.

Not all jokes land. One sketch that takes place in a crematorium winds its way and another reaches its climax in a moaning pun.

Still, if you’re looking for a little comedy to call into the casual Covid-19 action, this outrageous show that celebrates cultural differences rather than walking on tiptoe around them is just the ticket.