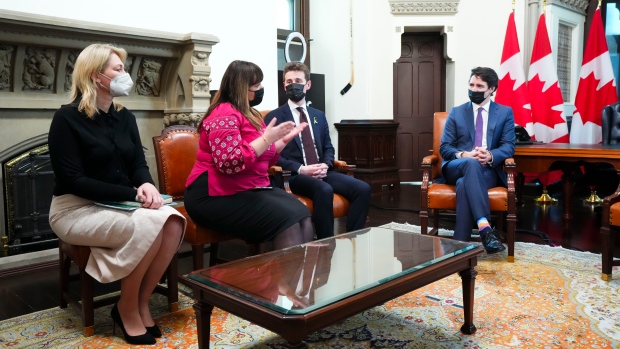 OTTAWA – Ukrainian lawmakers are asking Canada to give its country the money it needs to buy military weapons to help fight Russia’s invasion.

The group of Ukrainian parliamentarians is in Ottawa this week to meet with Prime Minister Justin Trudeau and other federal government officials in a desperate attempt to secure more support.

Lawmakers say they are skeptical that negotiations with Russia will result in peace, and say the only way to truly protect their country is to achieve military superiority on the ground.

The Ukrainians say a list of weapons their country needs has been given to Canadian officials, including items such as tanks and air defense weapons.

They say they have also asked the Liberal government to include funding for such weapons in the forthcoming budget, in addition to the non-military support they already hope will be there.

Trudeau and Defense Secretary Anita Anand said last week that Canada was looking to buy more weapons for Ukraine, but did not provide further details.

This report from The Canadian Press was first published on April 1, 2022.