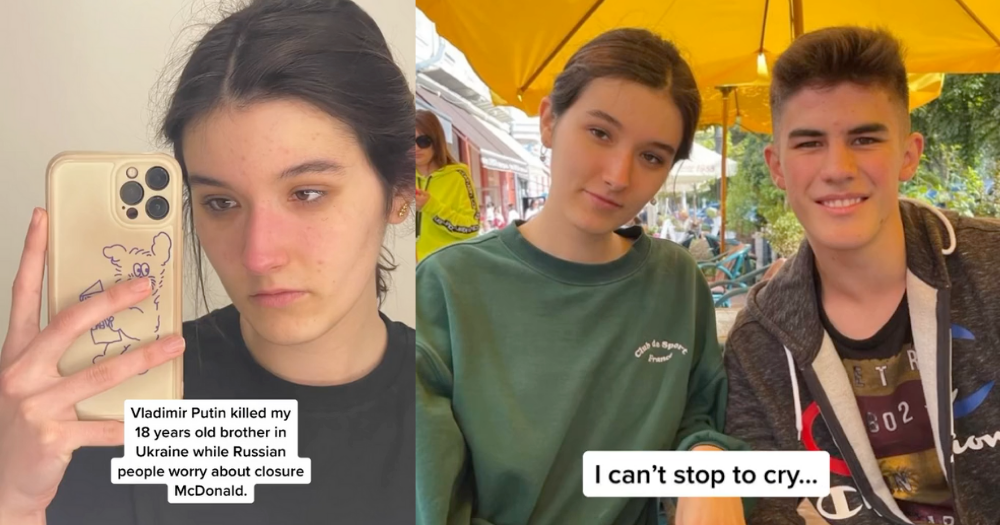 The 18-year-old younger brother of the popular Ukrainian TikTok user, Valeria Shashenok, has died when Russia continues its invasion of Ukraine five weeks after launching its attack.

TikTokern, Shashenok, 20, has over a million followers on TikTok and is known for his light-hearted videos about the grim situation in Ukraine in the midst of the Russian invasion.

Shashenok told about the news in a TikTok video on March 31.

She shared several photos of her and her brother and wrote that she could not believe this was happening.

“Vladimir Putin killed my 18-year-old brother in Ukraine while Russian people are worried that McDonald’s will be shut down,” she wrote in the video.

McDonald’s closed all of its approximately 850 stores in Russia in response to the invasion of Ukraine.

In the caption of the video, Shashenok said she loves her brother and added that Putin is “evil”.

Moving from Poland to Italy as a refugee

The Ukrainian photographer has used the platform regularly to tell about his life while the military attack continued.

She spent two weeks in a bomb shelter with her family in Chernihiv, a city in northern Ukraine that has been heavily bombed by Russian forces.

In mid-March, she evacuated to Poland as a refugee on her own.

Her family, including her parents, remained in a bunker, probably because men of conscription between the ages of 18 and 60 have been banned from leaving Ukraine.

Shashenok has since traveled through Germany to reach Milan, Italy, where she lives with an Italian family.

As she shows her audience around Italy and adapts to her new life, she also expressed that she struggled to leave her family behind.