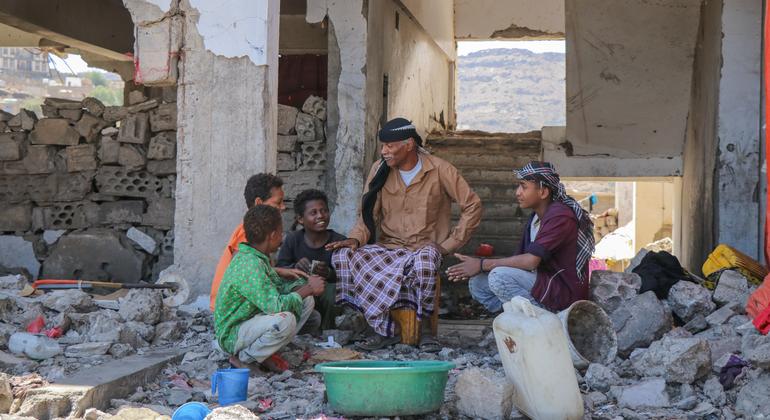 The Yemeni government, backed by a Saudi-led coalition, and Houthi rebels have been fighting since 2015.

Guterres praised the parties for reaching the agreement, which begins at 7pm on Saturday, local time, and coincides with the beginning of the holy month of Ramadan.

“Today must be the start of a better future for the people of Yemen,” he saspeaks in New York.

Guterres called on all parties “to take the necessary steps to support the successful implementation of the ceasefire, and to operationalize co-operation mechanisms without delay.”

The ceasefire was announced earlier on Friday by the UN Special Envoy for Yemen, Hans Grundberg.

IN a statementhe called on the parties to fully adhere to and respect the agreement and to take all necessary measures to implement it immediately.

“This ceasefire is a first and long-awaited step,” said Mr. Grundberg. “All Yemeni women, men and children who have suffered terribly during more than seven years of war expect nothing less than an end to this war. The parties should not deliver anything less.”

During the ceasefire, warring parties have agreed to stop all offensive military operations in Yemen and across its borders.

They have also agreed that fuel vessels will call at ports in the Hudaydah region and that commercial flights will operate from the airport in the capital Sana’a to predetermined destinations in the region.

The parties have also agreed to meet under the auspices of the UN Special Envoy to open roads in Taiz and other governments.

The UN chief said the ceasefire, which has the potential for renewal, opens the door to address the urgent humanitarian and economic needs of Yemen, creating a genuine opportunity to restart the political process.

“Stopping the fighting, together with the entry of fuel vessels and the easing of restrictions on the movement of people and goods in, out and within the country, will help to build trust and create a favorable environment for the resumption of negotiations for a peaceful solution to the conflict. he said.

Grundberg, the UN envoy, said he planned to intensify his work with the parties over the two-month period, with a view to reaching a permanent ceasefire, addressing urgent economic and humanitarian action and resuming the political process.