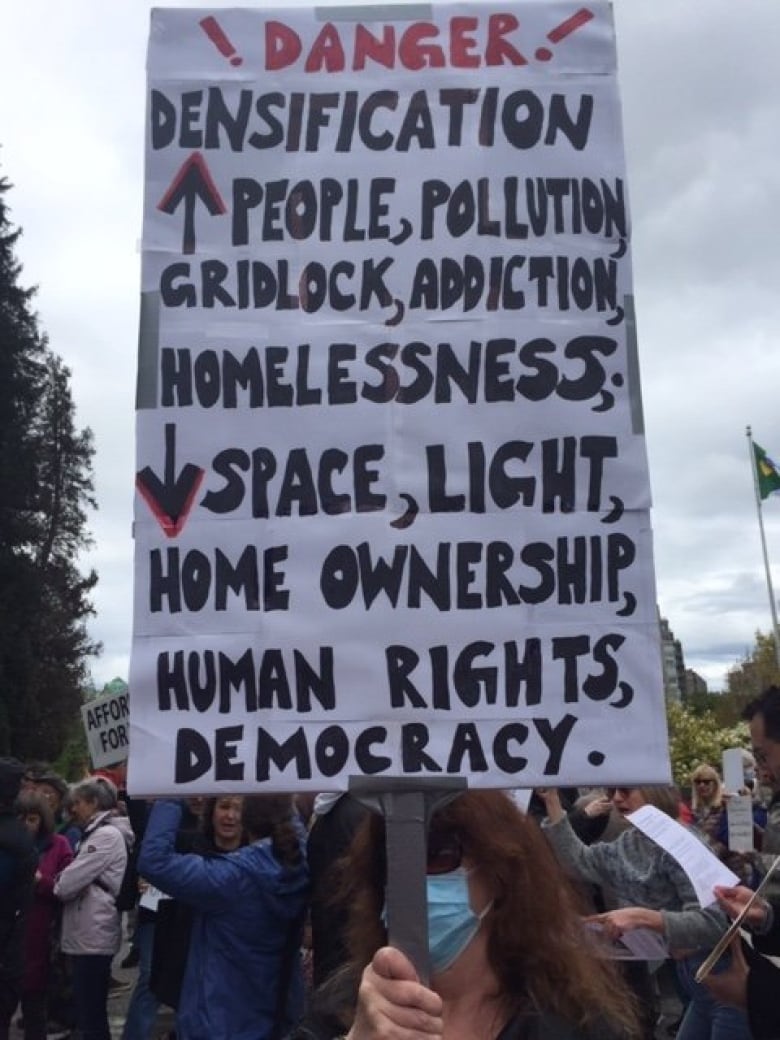 A plan to build high-rise towers in an already densely populated area in BC’s largest city raises questions about how city centers can be habitable and affordable as the population grows rapidly in the coming decades.

With a new subway line being built under Broadway, a bustling Vancouver street that runs through several neighborhoods, city planners have taken the opportunity to increase the amount of housing in one of Canada’s most expensive cities.

The Broadway plan requires that existing homes along the line be replaced with multi-storey towers, which can accommodate up to 50,000 more residents. Mixed-use buildings as high as 40 storeys may be allowed near SkyTrain stations, while older rental units, often small buildings with 10 units, could be replaced by residential areas between 15 and 20 storeys.

The plan comes at a time when affordability is a big issue, not just in BC but across the country: Municipal, provincial and federal governments are looking for ways to increase the housing stock and, they hope, reduce the cost of living for the average Canadian.

The area is currently home to more than 78,000 people, and according to Mayor Kennedy Stewart, about 25 percent of the city’s tenants live along this corridor. The proposed changes would add up to 30,000 homes over the next 30 years.

A battle for the future

But some existing residents are worried about affordable prices and increasing density because this particular neighborhood is home to many older, small apartments that do not cost tenants their entire paycheck, unlike other areas on the west side of town.

Last weekend, a meeting was held outside the city hall by people who claimed that the city’s draft plan would fundamentally change the city’s nature.

“We want to stop the concrete canyons,” said organizer Bill Tieleman, who said high-rise buildings would be out of reach for many residents. “We already know that new buildings in Vancouver are very unaffordable.”

But people for the project point out that the Metro Vancouver region is expected to grow by one million inhabitants over the next 30 years and that housing is already difficult to find. Services such as hospitals and town halls are both available in the area. City planners say it makes sense to create housing opportunities there.

“If we do not do this, what then?” sa Charles Montgomery, an urbanist living in Vancouver.

“It is important that we build more housing, multi-family housing, especially close to the places where people work.”

The early edition9:22Charles Montgomery on the proposed Broadway tower

Urbanist and author Charles Montgomery reacts to opposition to a proposed high-rise tower on Broadway on Granville Street in Vancouver – the kind of project he says is needed to address Vancouver’s housing crisis.

City planner Theresa O’Donnell says the Broadway area accounts for about 20 percent of the city’s growth.

The city also promises not to relocate existing residents. Stewart says the plan has been changed to “include the strongest protections for tenants in the country.”

If a tenant has to move, they will either receive “generous compensation” or be guaranteed the right to return with rent at or below their current price.

Project manager Matt Shillito says that anyone who is temporarily relocated due to development will go through a needs assessment to find out what kind of space they need when they return to ensure they move back to a unit that fits their lifestyle.

He said 35 percent of the units will be required to be two or more bedrooms to accommodate families.

But the Vancouver Tenant’s Union is not convinced that the city will actually protect tenants.

“Tenants have built their homes and communities in Fairview and Mt. Pleasant. It is up to tenants to resist the coming gentrification and relocation,” said organizer Mazdak Gharibnavaz in a statement.

O’Donnell acknowledged residents’ concerns about relocation and change but told residents it will be a slow process.

“Looking at it now, it may seem like a lot, but over 30 years it will not. We are not asking this corridor to do more than it can reasonably do.”