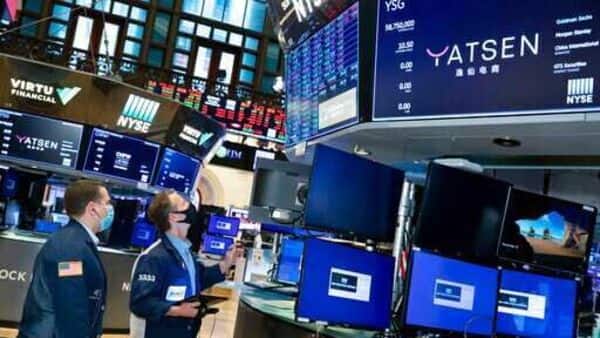 Reducing the volatility of your equity portfolio is becoming increasingly difficult.

This is the conclusion of researchers who – at the top of the internet stock bubble around 22 years ago – calculated that a stock portfolio needed to own at least 50 stocks to ensure that its volatility was not greater than the market as a whole.

That was a much larger number than in previous decades, when as few as 15 shares would have done the trick. But a portfolio of 50 stocks would still have had roughly the same volatility, as the volatility of the overall market had not changed much from previous decades at the turn of the century.

Today, the picture is different, the researchers’ latest study shows. Total market volatility has increased – significantly – in recent decades. So even if 50 stocks are still enough to match a portfolio’s volatility with the overall market, investors would end up with a much higher level of volatility than they could have achieved with portfolio diversification before 2000.

The investment impact, says Martin Lettau, a professor at the University of California, Berkeley, and co-author of the latest study: Because you can not diversify away today’s greater market-wide volatility, it’s something you just have to live with. We got a taste of the greater volatility last week, where the Dow Jones Industrial Average gained 932 points on Wednesday and then lost even more – 1,063 points – on Thursday. If such volatility is too much for some investors to accept, they will need to reduce their exposure to equities and invest more in asset classes such as bonds.

The other co-authors of the study are John Campbell of Harvard University, Burton Malkiel of Princeton University and Yexiao Xu of the University of Texas at Dallas.

The challenge of diversification

A good illustration of the diminished potential for diversification comes from the behavior of contrasting stocks during the three bear markets this century. During the explosion of the internet bubble, a large part of the market’s total volatility came from share-specific factors rather than the market as a whole. For example, while Internet stocks fell, many other stocks did well. The average stock actually made money during the bear market in 2000-02.

The result was that the total market was no more volatile than in previous decades. It only took a much larger number of shares to create a portfolio with such low volatility.

However, during the financial crisis of 2008 and the fall of the market during the first weeks of the Covid-19 pandemic, stock price falls were almost universal. Overall market factors represented a larger share of the share’s total volatility. As a result, although a fully diversified portfolio still reduced volatility down to market levels, net income was still more volatile than in previous decades.

Still worth a try

Given the results of this new research, is it less important to own many different individual stocks than during the internet age? No, according to prof. Latvia. Although the volatility of the overall market has increased, “the level of stock-specific volatility, that which can be diversified by holding many stocks, has remained high – making diversification as important as ever,” the professor said.

One could even argue that diversification has become more important than before. As the overall stock market has become more volatile than in previous decades of US history, further volatility would be particularly difficult to tolerate. “Underdiversified portfolios are not only exposed to high market volatility but also to avoidable stock-specific volatility,” adds Prof. Lettau.

So, how many different stocks should an investor own? It depends on how much volatility an investor is willing to tolerate, says prof. Latvia. But overall, 50 shares is still a good target, he says. If investors do not want to own as many individual shares, they should instead invest in a fund or exchange-traded fund that contains at least as many.