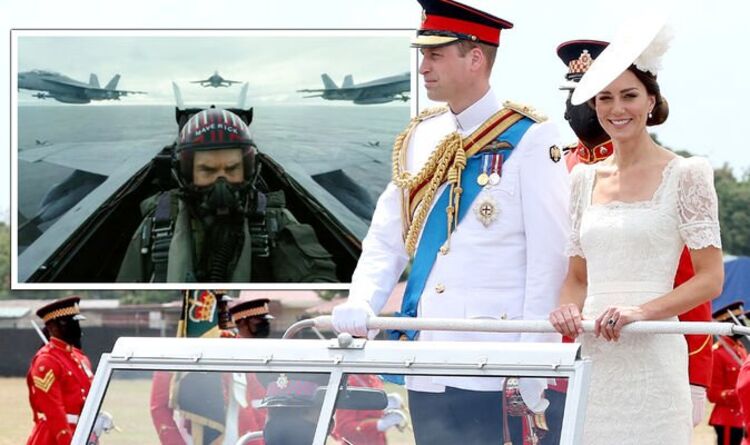 The Duke and Duchess of Cambridge had the chance to see it long overdue and long awaited Top Gun: Maverick film, which was shot back several times due to the coronavirus pandemic. The couple, along with three other royals and some “trusted friends”, were called to a London cinema by the Hollywood actor, who, according to insiders, personally greeted the group.

The source said: “It’s a very unlikely movie premiere, but Tom came up with the offer after learning that William is a fan. They happily accepted. Let’s face it, guests do not get much more A-list!

“The rest of the cinema was closed to ensure privacy and William, Kate and some other members of the royal family – plus a couple of very reliable friends – were the first to see it.

“Tom welcomed them and said he hoped they would enjoy seeing it as much as he had enjoyed doing it, and left them to it.”

The follow-up to the 1980s hit, from Paramount and Skydance, symbolizes the struggle for the industry by the health crisis.

Its launch was originally planned for July 2019 but was not moved until June 2020 to “allow production to calculate all complex flight sequences”. Then, forced by Covid, it is postponed to December 2020, July 2021, November 2021 and finally to its current release at the Cannes Film Festival next month.

It features a young Mr Cruise as a rule-breaking student Mitchell (aka Maverick) in Top Gun Naval Fighter Weapons School along with a more mature Nick Goose Bradshaw, played by Anthony Edwards.

Directed by Joseph Kosinski with a script by Ehren Kruger, Eric Warren Singer and Christopher McQuarrie, it is believed that Prince William is a fan of the sequel.